Rising India Inc (OTCMKTS:RSII) is Mounting its Case to Bring CBD Oil to the Pharma World 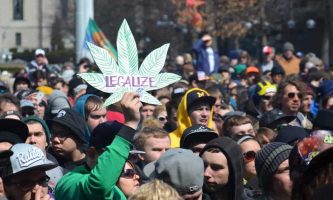 Rising India Inc (OTCMKTS:RSII) is running once again. RSII is up more than 120% over the last month. The cannabis company is still seeing some burn from their news in February that saw patients in Ohio receive a free trial of their oral capsule, Cannophen.

Cannophen is designed to help a patient recover from smoking and vaping, but the drug has beneficial elements and it’s effective in treating Parkinson’s symptoms, cancer, and other chronic medical conditions. More specifically, the product is a tablet with measured lab dosages that may be ground in equal portions of CBD, THC and strain-specific terpenes. The product is easily digested, quick acting and created for patients who do not want to smoke or deploy off tasting tinctures. In fact, RSII’s COO used Cannophen to become cancer free. COO Arthur Hall stated in a previous release:  “I have been using Cannophen since its earliest development stages in hopes to explore and discover its beneficial properties. Initially, I was taking for symptoms of Parkinson’s and was astounded by overall results: I had also been battling cancer for some time and through surgery, limited chemotherapy and the use of Cannophen I am now cancer free.  My physicians are okay with the continued use of Cannophen for maintenance.”

Rising India Inc (OTCMKTS:RSII) bills itself as a new and emerging player in the cannabis patch.

The company had been trumpeting itself as “a publicly traded United States company that seeks to accelerate growth through possible joint ventures, mergers, and/or new acquisitions pertaining to development and deployment of media.” The company actually incorporated on April 29, 1998, as a media holding company – an animation company working to develop and market various international media projects. The Company has announced acquisitions, joint-ventures and/or mergers with operating film and media operations pertaining to support and transactional businesses within the film and media industry.

Recently, as noted above the company entered into the cannabis industry wholly and completely via a reverse merger with Rising BioSciences, Inc., which is now the company in charge of the RSII ticker as far as we can determine.

Find out when $RSII stock reaches critical levels. Subscribe to OracleDispatch.com Right Now by entering your Email in the box below.

Furthermore, and this is the impetus behind their brand, ‘cannabinoids’ in marijuana have been shown to slow cancer growth, inhibit formation of new blood cells that feed a tumor, and help manage pain, fatigue, nausea, and other side effects.  According to The National Cancer Institute, Studies in mice and rats have shown that cannabinoids may inhibit tumor growth by causing cell death, blocking cell growth, and blocking the development of blood vessels needed by tumors to grow.

Meanwhile, on another front, RSII is nearing completion on the approval of the TWS pain cream products and it’s in the process of partnering with a firm for national distribution of Scar Peptide Serum. The company focuses on producing oral and topical cannabis and non-cannabis-based products using standards set by the pharmaceutical industry.

Earning a current market cap value of $8.49M, RSII has a very high gearing ratio, with a large swathe of its liabilities a result of long-term debts which are likely to accrue interests. Its low liquidity of 0.03 means RSII is expected to raise new cash soon, except it can beef up its revenues in time to meet up borrowing and operating costs. Sign-up for continuing coverage on shares of $RSII stock, as well as other hot stock picks, get our free newsletter today and get our next breakout pick!

Disclosure: we hold no position in $RSII, either long or short, and we have not been compensated for this article.