The Remarkable Rise of Generation Next Franchise Brands Inc (OTCMKTS:VEND) 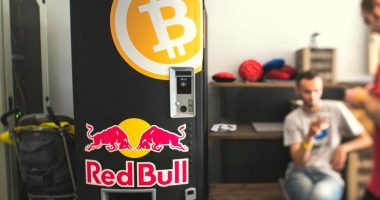 International Business Machines Corporation (IBM) shares are trading at lower $116.94 and the avg recommendation for the stock is Moderate Buy, while the current...
Read more
Investing

MannKind Corporation (NASDAQ:MNKD) on the Path to Profitability

MannKind Corporation (MNKD) shares are trading at higher $2.90 and the avg recommendation for the stock is Strong Buy, while the current analyst price...
Read more
Investing

U.S. Bancorp (USB) shares are trading at lower $42.66 and the avg recommendation for the stock is Moderate Buy, while the current analyst price...
Read more
Investing

Can We Expect More Volatility From Nielsen Holdings plc (NLSN)?

Nielsen Holdings plc (NLSN) shares are trading at lower $15.75 and the avg recommendation for the stock is Moderate Buy, while the current analyst...
Read more

Generation Next Franchise Brands Inc (OTCMKTS:VEND) shares have been in a remarkable trend higher since breaking out above the $1/share level midway through the month of March. The move has been almost unnaturally steady and steep, ramping as much as 100% higher in the interim. The main breakout appears to have been spurred by the company’s release detailing its plans to accept cryptocurrency in payment for frozen treats from a vending machine.

To follow that act, the company just announced a new franchise agreement representing what the company claims could be as much as $23 million (“if certain purchase objectives are met”) for two California markets. According to the release, “local investor and entrepreneur, Nassim Bayat, will have exclusive rights to all Reis & Irvy’s locations throughout Orange County and the City of Los Angeles.”

The company and its franchisees operate approximately 3,000 vending machines and micro markets that provide natural and organic food and beverage products. The company was formerly known as Fresh Healthy Vending International, Inc. and changed its name to Generation Next Franchise Brands, Inc. in March 2016.

Generation Next Franchise Brands, Inc. was founded in 2010 and is headquartered in San Diego, California.

The company’s key holding is Reis & Irvy’s, Inc., a subsidiary franchise concept that was launched in early 2016, the revolutionary Reis & Irvy’s Froyo Robot vending machine serves seven different flavors of frozen yogurt, ice cream, sorbets and gelato’s, a choice of up to six custom toppings and to customers within 60 seconds or less at the point of sale. “The unique franchise opportunity has since established itself as a high-demand product and currently showcases a franchise network both domestically as well as internationally.”

According to company materials, “Generation NEXT Franchise Brands, Inc., based in San Diego, California, is a publicly traded company on the OTC Markets trading under the symbol: VEND. Generation NEXT Franchise Brands is parent company to Fresh Healthy Vending LLC, the market’s leading healthy-choice vending machine franchise, Reis and Irvy’s, Inc., the world’s first robotic frozen yogurt vending kiosk, 19 Degrees, a corporate-focused frozen yogurt robot brand and Generation NEXT Vending Robots, our newly established owner/operator model. The Company has sold over 600 franchises throughout the United States, Canada, Puerto Rico and the Bahamas, and continually looks to partner with like-minded entrepreneurs who share its vision.”

Find out when $VEND reaches critical levels. Subscribe to OracleDispatch.com Right Now by entering your Email in the box below.

As noted above, the action in this stock has been steep and straight up, powering out of a major technical breakout above the $1 level as well as a raft of major moving averages. It was a clear move out of a lasting technical range. The recent extension has been spurred on by a deal announced this past week.

“Reis & Irvy’s is just the first application of our patented robotics designed for brick-and-mortar retail disruption,” said Nick Yates, Chairman, and Founder of Generation Next Franchise Brands. “We selected Nassim Bayat for his track record of success in every business he’s been involved with to demonstrate the strength of our technologies in both Orange County and Los Angeles and couldn’t be happier with this partnership”

Traders will note more than 130% tacked on to share pricing for the name in the past month. Furthermore, the listing has registered increased average transaction volume recently, with the past month seeing just shy of 640% beyond its prior sustained average level.

Now commanding a market cap of $87.3M, VEND has a significant war chest ($3M) of cash on the books, which is balanced by about $2M in total current liabilities. VEND is pulling in trailing 12-month revenues of $1.6M. However, the company is seeing declines on the top-line on a quarterly y/y basis. You can bet we will update this one again as new information comes into view. Sign-up for continuing coverage on shares of $VEND stock, as well as other hot stock picks, get our free newsletter today and get our next breakout pick!

Disclosure: we hold no position in $VEND, either long or short, and we have not been compensated for this article.

Suncor Energy Inc. (SU) shares are trading at lower $15.41 and the avg recommendation for the stock is Moderate Buy. To add more color...
Read more
Investing

Colony Capital Inc. (NYSE:CLNY) on the Path to Profitability

Colony Capital Inc. (CLNY) shares are trading at higher $4.31 and the avg recommendation for the stock is Moderate Buy, while the current analyst...
Read more
Wall Street Daily

Cabot Oil & Gas Corporation (COG) shares are trading at lower $17.07 and the avg recommendation for the stock is Moderate Buy, while the...
Read more
Sector News

Akebia Therapeutics Inc. (NASDAQ:AKBA) Stock is Plummeting, Here is Why

Akebia Therapeutics Inc. (AKBA) shares are trading at lower $2.88 and the avg recommendation for the stock is Moderate Buy. To add more color...
Read more
Opinion

Overstock.com Inc. (OSTK)’s Stock is Jumping, Here is Why

Overstock.com Inc. (OSTK) shares are trading at higher $61.85 and the avg recommendation for the stock is Moderate Buy, while the current analyst price...
Read more
ORACLEDISPATCH