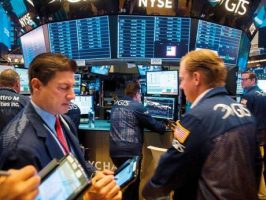 Aurora Cannabis Inc (OTCMKTS:ACBFF) continues to trace out a consolidative wave in the larger pattern structure of this multi-year strong bullish advance. The current battle is a process of working out support or a lack of it at the $7.50/share level – a level that has roughly defined the action in the stock over the past three months. As this process plays out, company strategy has remained aggressive.

As the latest example of this aggressive bent, the company just announced today that Aurora has exercised 10,558,676 warrants to purchase common shares of Hempco for total proceeds of $4.3 million to Hempco. According to the release, “consequent the warrant exercise, Aurora now owns 21,117,352 Hempco common shares, reflecting an ownership interest of approximately 35%.”

As noted above, ACBFF shares find themselves working through a key process of establishing pattern identity on the chart as the current consolidative progression runs its course. The latest catalyst for the company is its growing stake in Hempco. As we have seen in the past, when this company gets aggressive, it often understands something important about the target, and may be after the whole thing down the road.

“With this further investment by Aurora we are now very well capitalized to accelerate our various strategic initiatives to drive growth at Hempco,” said Diane Jang, CEO of Hempco. “Since taking the helm at Hempco, we have made a number of tactical and strategic moves that position the company well to take advantage of a number of opportunities in the health lifestyle food supplements market, as well as for the pet and equine markets. Additionally, with the positive vote on the second reading of Bill C-45 in the Senate, implementation of the new Cannabis Act is that much closer, which would position us very well for whole-plant utilization and further acceleration of our business plan. These funds, and the presence of a large, stable shareholder, puts Hempco in a strong position to pursue a multitude of opportunities and create further shareholder value.”

Terry Booth, CEO of Aurora, added, “This additional investment in Hempco was anticipated from Day 1 of our strategic partnership. We are pleased with the work done by Diane and her team, and look forward to supporting Hempco’s growth initiatives and capitalizing on the multiple opportunities this partnership creates for us. In addition to the warrants exercised, we intend exercising our option to buy founder shares, and take our position to north of 50%.

Currently trading at a market capitalization of $2.92B, ACBFF has a significant war chest ($350.8M) of cash on the books, which stands against virtually no total current liabilities. ACBFF is pulling in trailing 12-month revenues of $31.1M. In addition, the company is seeing major top-line growth, with y/y quarterly revenues growing at 201.2%. We will update the story again soon as developments transpire. Sign-up for continuing coverage on shares of $ACBFF stock, as well as other hot stock picks, get our free newsletter today and get our next breakout pick!