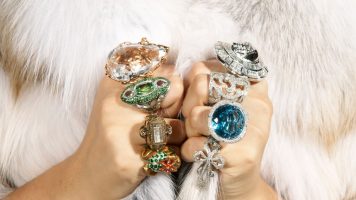 Aurora Cannabis Inc (OTCMKTS:ACBFF) recently slipped under the key $7.50 level this week, but still maintains an overall positive technical bias on the longer-term charts. The stock is unquestionably one of the so-called best of breed plays in the highly en vogue Canadian cannabis patch. And part of its leadership is built upon its willingness to push its gigantic hoard of cash (from operations) into action as an investment with a potential return.

Perhaps the greatest example of this bent for the company is its landmark recent acquisition. To wit: the company just announced that with the second take-up under its offer to acquire all of the outstanding shares of CanniMed Therapeutics Inc. (TSX: CMED), the Company now owns approximately 95.9% of CanniMed common shares. According to the release, “the Company intends to acquire the remaining outstanding shares it does not already own through a compulsory share acquisition, pursuant to the Canada Business Corporations Act.”

“We are delighted to have finalized the largest transaction to date in the cannabis industry,” said Terry Booth, CEO. “We are now combining CanniMed, the pioneer of the Canadian cannabis industry, with Aurora’s best practices, innovations, funded production capacity, distribution network, and rapidly growing international footprint. This acquisition and the resulting synergies transform Aurora into a leading company in the global medical cannabis space. We believe that our combined assets, capabilities, and brand strength, as well as our consistent execution, position us very well to gain significant share of the global market. We have commenced integrating the organizations, and look forward to reporting on our progress, innovations and other corporate developments in the coming months as we continue to execute our growth strategy.”

The chart shows -3% stripped out of share values of the listing over the past week of action. Furthermore, the name has witnessed a pop in interest, as transaction volume levels have recently pushed 21% over what the stock has registered over the longer term.

Currently trading at a market capitalization of $2.6B, ACBFF has a significant war chest ($350.8M) of cash on the books, which compares with virtually no total current liabilities. ACBFF is pulling in trailing 12-month revenues of $31.1M. In addition, the company is seeing major top-line growth, with y/y quarterly revenues growing at 201.2%. This may be a very interesting story and we will look forward to updating it again soon. Sign-up for continuing coverage on shares of $ACBFF stock, as well as other hot stock picks, get our free newsletter today and get our next breakout pick!