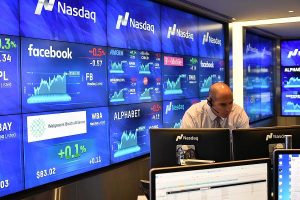 Aurora Cannabis Inc (OTCMKTS:ACBFF) is attempting to carve out key pivot support this week as shares bounce higher following a test of the stocks February 5 lows around $5.75 per share. 2018 has thus far been tough sailing for shareholders of any of the major cannabis producers, particularly in Canada, with recent valuation fears fueling further heavy action. Nonetheless, the company continues to mobilize its resources and pick up market share.

To wit: Aurora just announced last week that CanniMed has entered into a Letter of Intent to become a preferred supplier of medical cannabis to Pharmasave. According to the release, “a member-governed cooperative of more than 650 independently owned community pharmacies across the country, Pharmasave is one of Canada’s leading independent community pharmacies.”

As noted above, shares of the stock have been in distribution mode for most of the past three months. But the stock has seemingly found some support in recent trade after testing a key chart low. That action has been further fueled by signs that the company is beginning to benefit materially from its recent CanniMed acquisition.

“Canadians trust pharmacists to help guide them to the right information and products to treat their conditions,” said Terry Booth, Aurora CEO, “and now Pharmasave joins two other national pharmacy chains in showing their trust in us to provide them with medical cannabis products and education. These supply agreements allow us strong penetration into what is likely to be a sizable portion of the medical cannabis market, and they highlight the strength of our organizations, the scale of our operations and the world-class operational standards that both Aurora and CanniMed practice. We’re proud to partner with Pharmasave and expand our ability to help Canadians in need find the relief they are seeking.”

Now that the stock is found some semblance of support, given its status as a clear speculative favorite among traders, one can likely imagine the number of stop-loss orders now sitting beneath recent lows in the $5.50-5.75 area. If that level is breached on a further decline, one might get another opportunity at this stock at a test of its rising 200-day simple moving average, which is coming up under ACBFF shares right around the key $5 per share level.

At this time, carrying a capital value in the market of $2.23B, ACBFF has a significant war chest ($350.8M) of cash on the books, which is balanced by virtually no total current liabilities. ACBFF is pulling in trailing 12-month revenues of $31.1M. In addition, the company is seeing major top-line growth, with y/y quarterly revenues growing at 201.2%. This is an exciting story, and we look forward to a follow-up chapter as events transpire. Sign-up for continuing coverage on shares of $ACBFF stock, as well as other hot stock picks, get our free newsletter today and get our next breakout pick!