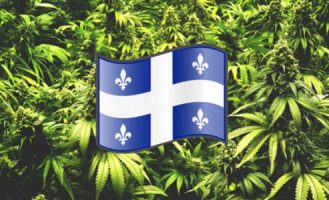 Aurora Cannabis Inc (OTCMKTS:ACBFF) recently triggered what could be a key pivot in the evolution of the stock’s technical posture. Shares of the stock checked down through its early February lows around $5.75 per share, before pivoting back higher this week, potentially marking a tradable bottom in the stock. While valuation concerns remain in place, the company’s triple-digit topline growth paired with its massive cash stockpile now topping $350 million, suggest plenty of room above should speculative interest be rekindled as we march inexorably into the advent of full recreational marijuana legalization in Canada in the months ahead.

Helping to foster that type of speculative potential, the company just announced that it has completed a final agreement with the Société des Alcools du Québec to supply a minimum of 5,000 kg of cannabis per annum for the Quebec adult consumer market, once legalized.

As discussed above, shares of the stock recently pivoted down through and back above key support. That type of action has the potential to market key low in a correction that is lingered on for months in this leading player in the Canadian cannabis patch. Nothing about the story has changed in that time, however valuation concerns have started to shoulder their way into the narrative in an increasingly prominent manner.

But one sure way to battle against that force is by introducing new catalysts that suggest a potential acceleration in the company’s expansion as one of the most dominant players in its market space.

“This agreement reflects our commitment to service the Quebec market with our range of high-quality products, once adult consumer sales will be legalized,” stated Terry Booth, CEO. “With two facilities, as well as a supply agreement with the Green Organic Dutchman, we have a strong local presence, which we believe will contribute to increased visibility in this important market.  We look forward to establishing the Aurora Standard as the benchmark for quality and customer service in Canada’s second most populous province.”

Earning a current market cap value of $3.4B, ACBFF has a significant war chest ($350.8M) of cash on the books, which must be weighed relative to virtually no total current liabilities. ACBFF is pulling in trailing 12-month revenues of $31.1M. In addition, the company is seeing major top-line growth, with y/y quarterly revenues growing at 201.2%. This may be a very interesting story and we will look forward to updating it again soon. Sign-up for continuing coverage on shares of $ACBFF stock, as well as other hot stock picks, get our free newsletter today and get our next breakout pick!