Here’s Why BITCOIN SERVICES INC (OTCMKTS:BTSC) Has Its Mojo Back 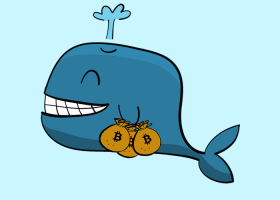 BITCOIN SERVICES INC (OTCMKTS:BTSC) shares have been rocketing higher in recent action, breaking sharply above the stock’s 200-day simple moving average last week, and extending that momentum so far this week. BTSC is now up more than 100% in the last 5 sessions. And, let there be no question about it: the move has been inspired by rejuvenated enthusiasm around the cryptocurrency and Bitcoin market space.

After another serious stumble in March and early April, Bitcoin has blasted off higher over the last couple weeks, rising is much is 50%, and is now back challenging the $10,000 per coin level, back above the 50-day simple moving average. The move represents a serious rejuvenation of momentum and sentiment for the cryptocurrency space as a whole.

BITCOIN SERVICES INC (OTCMKTS:BTSC) bills itself as a company engaged in the mining of Bitcoin as well as Blockchain software development. Bitcoin mining is the process by which transactions are verified and added to the public ledger, known as the blockchain, and also the means through which new Bitcoins are released.

Also worth noting, when Tulip BioMed Inc. became Bitcoin Services, as we know it today, in March 2016, it marked at least the fifth name change for the company since 2002.

As noted above, shares of BTSC have been on a tear recently, spurred on by new flames of enthusiasm sparked in the cryptocurrency and Bitcoin space. The move is awfully interesting, coming as it is during a bounce in the price of the US dollar versus other fiat currencies. The correction in Bitcoin has been profound, dropping prices as much as 70% since we hit the highs in December, coinciding with the advent of futures for Bitcoin.

There is very little sense of what this company actually does in terms of operations, which has to be a little concerning for momentum investors. While we understand, vaguely, that the company claims to be involved in Bitcoin mining as well as other “blockchain development” projects, news on the company is so sparse that it’s very difficult to be certain exactly what’s going on here. However, the stock has generally been picked up as a proxy for beta allocation during periods of upward momentum in the price of Bitcoin.

Recent action has seen nearly 230% tacked on to share pricing for the name in the past month, but this action is running counter to the larger trend in the name. Moreover, the stock has benefitted from a jump in recent trading volume to the tune of exceeding 180% beyond its prior sustained average level.

Earning a current market cap value of $94.5M, BTSC has a stash ($483K) of cash on the books, which must be weighed relative to virtually no total current liabilities. BTSC is pulling in trailing 12-month revenues of $472K. In addition, the company is seeing major top-line growth, with y/y quarterly revenues growing at 372.6%. You can bet we will update this one again as new information comes into view. Sign-up for continuing coverage on shares of $BTSC stock, as well as other hot stock picks, get our free newsletter today and get our next breakout pick!

Disclosure: we hold no position in $BTSC, either long or short, and we have not been compensated for this article.