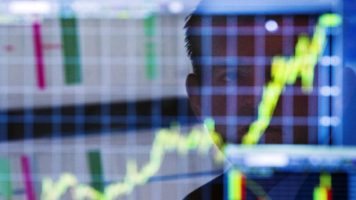 When Will ContraFect Corporation (CFRX) Slow Down

ContraFect Corporation (CFRX) shares are trading at higher $5.75 and the avg recommendation for the stock is Strong Buy. To add more color to...
Read more
Opinion

Can We Expect More Volatility From ATIF Holdings Limited (ATIF)?

ATIF Holdings Limited (ATIF) shares are trading at higher $0.78. To add more color to this target, the company’s high over the last year...
Read more
Investing

Celsius Holdings Inc. (CELH) shares are trading at lower $31.18 and the avg recommendation for the stock is Moderate Buy, while the current analyst...
Read more
Investing

Trane Technologies plc (TT) shares are trading at higher $147.07 and the avg recommendation for the stock is Moderate Buy, while the current analyst...
Read more

HempAmericana Inc (OTCMKTS:HMPQ) shares blasted higher on Monday, breaking out above a recent range to gain as much as 30% after finding support at the stock’s 200-day simple moving average through the early half of April. The stock has been spinning itself as a new and emerging CBD oil play, and traders may be starting to pick up on the story. At this point, the narrative for the stock is all about its upcoming launch of full-scale operations at its new extraction and processing facility. However, the company is also pushing that narrative into an expansion of business potentially into overseas markets.

As a case in point, the company just announced that it has begun to actively explore international distribution partnerships as it gears up to take advantage of booming global demand growth for Industrial Hemp. According to the release, “the move comes as the Company nears the imminent launch of full-scale production activity at its new, state-of-the-art Industrial Hemp extraction and processing facility in Augusta, Maine.”

HempAmericana Inc (OTCMKTS:HMPQ) bills itself as a company that researches, develops and sells products made of industrial hemp. The Company also carries other non-hemp based products but intends to focus primarily on the potential for hemp.

At this time the HMPQ’s main product is its brand of hemp-based rolling papers known as “Rolling Thunders” that are to be used for the smoking of tobacco and other legal substances.

In essence, anything that can be made with plastic can be made with industrial hemp and HempAmericana plans to fill the growing need and demand for hemp-based products within the United States. The company also intends to explore other possible business avenues relating to the legal use of the Cannabis plant.

According to company materials, “HempAmericana is currently in the rolling paper and CBD oil business using the brand name Weed Got Oil. Search Rolling Thunders hemp papers on YouTube for a product demonstration of the Company’s papers. The company owns an extraction machine and now plans to become a leader in the CBD oil market by establishing three laboratories for the extraction and research of the oils contained in the hemp plant. HempAmericana also researches, develops and sells products made of industrial hemp.”

Find out when $HMPQ stock reaches critical levels. Subscribe to OracleDispatch.com Right Now by entering your Email in the box below.

As noted above, the stock has begun to catch a bid in recent days, with shares ripping higher to test its 50-day simple moving average in the $0.016 area. Helping to foment enthusiasm, the company just announced plans to diversify its distribution footprint to include international markets.

The release noted one extremely interesting point that could spell some further attention from the market for companies sitting in such a place as HMPQ on an operational basis: “Management believes that one major factor driving accelerating demand for Industrial Hemp exports from N. America to large international markets is poor domestic production in countries like Germany. Because of slow legal progress, Germans plan to support one of the fastest growing consumption markets almost exclusively on imported Industrial Hemp. According to recent press, the EU’s largest economy expects to rely on imports to meet hemp demand for at least another decade.”

The chart shows 33% piled on for shareholders of the listing during the trailing week. In addition, the stock has seen a growing influx of trading interest, with the stock’s recent average trading volume running 29% over the long run average.

HempAmericana CEO, Salvador Rosillo, commented, “This is one of the reasons we have moved so rapidly to ramp up high-capacity production activities early this year. Domestic demand growth is booming, but so is the export potential. We plan to be a major player on both levels, and to be the market leader in potency and quality along the way.”

Now commanding a market cap of $30.5M, HMPQ has virtually no cash on the books, which stands against about $500K in total current liabilities. The company is pre-revenue at this point. You can bet we will update this one again as new information comes into view. Sign-up for continuing coverage on shares of $HMPQ stock, as well as other hot stock picks, get our free newsletter today and get our next breakout pick!

Disclosure: we hold no position in $HMPQ, either long or short, and we have not been compensated for this article.