Is Aurora Cannabis Inc (OTCMKTS:ACBFF) Up Against the Ropes? 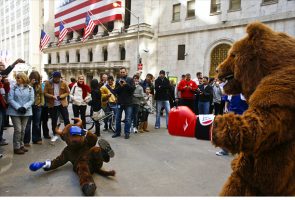 Churchill Capital Corp IV (CCIV) shares are trading at lower $9.76. To add more color to this target, the company’s high over the last...
Read more
Opinion

Urban One Inc. (UONE) shares are trading at higher $5.43. To add more color to this target, the company’s high over the last year...
Read more
Investing

Norfolk Southern Corporation (NSC) shares are trading at lower $241.46 and the avg recommendation for the stock is Moderate Buy, while the current analyst...
Read more
Investing

When Will Kirby Corporation (KEX) Slow Down

Kirby Corporation (KEX) shares are trading at lower $52.65 and the avg recommendation for the stock is Moderate Buy, while the current analyst price...
Read more

Aurora Cannabis Inc (OTCMKTS:ACBFF) has started to reach a crossroads where the chart is concerned. The stock is hovering around $6 per share, with extraordinarily important technical support just below that level at a confluence of double tested lows and the 200-day simple moving average, as well as the prior breakout level back late last year, right around $5.50 per share, give or take $.50. This is where the rubber meets the road. A break solidly below these levels to undercut the $5 per share level could be an unmasking the likes of which we haven’t seen since Bernard Hopkins took Kelly Pavlik to class back in 2008.

In the interests of sticking and moving, the company just announced that it is participating in the IPO of The Green Organic Dutchman, purchasing 17.5% of the IPO issue, or 6.3 million units, priced at $3.65 per unit, for a total investment of $23.1 million. According to the release, “each unit consists of one common share and one half of one common share purchase warrant exercisable at $7.00 per common share.”

As noted above, Aurora shares have crept up on something that may be seen as a technical moment of truth. We have seen these levels tested once, tested twice, and tested a 3rd time. But what we haven’t ever seen is a pattern like this holding up on the 4th test. Will the company’s latest move be enough to spur a fresh bid?

“With over 23,000 kg per annum of premium organic product secured, and a significant appreciation of our original investment, our partial ownership of TGOD is both strategically and financially very beneficial for Aurora shareholders,” said Terry Booth, CEO. “We believe the TGOD team is executing on a well-diversified strategy that we are proud to support and help de-risk through the involvement of ALPS. The ALPS-designed TGOD facility will meet the “Sky Class” standard established by Aurora – applied in the construction of the Aurora Sky, Aurora Nordic and Aurora Sun facilities – designed to deliver large-scale production of consistently high product quality, at ultra-low production costs.”

We’ve witnessed 3% during the past month in terms of shareholder gains in the name, but this action is running counter to the larger trend in the name. Furthermore, the name has benefitted from a jump in recent trading volume to the tune of 12% above its longer-run average levels.

Earning a current market cap value of $3.4B, ACBFF has a significant war chest ($350.8M) of cash on the books, which compares with virtually no total current liabilities. ACBFF is pulling in trailing 12-month revenues of $31.1M. In addition, the company is seeing major top-line growth, with y/y quarterly revenues growing at 201.2%. This is an exciting story, and we look forward to a follow-up chapter as events transpire. Sign-up for continuing coverage on shares of $ACBFF stock, as well as other hot stock picks, get our free newsletter today and get our next breakout pick!