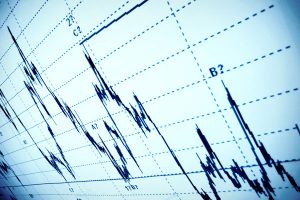 The rally in cryptocurrencies over the past few weeks has been quite remarkable. Although Bitcoin, the world’s biggest cryptocurrency by market cap,...
Read more

EXXE GROUP ORD (OTCMKTS:AXXA) has been so explosive in action this year that even after falling nearly 90% in off its recent pivot highs over the past 9 days, the stock is still up over 4000% from where it was just a month ago, and still trading solidly above its 200-day simple moving average. It’s quite remarkable in that sense. And this is a company still seeing key changes at the top.

To wit: the company just announced that CEO Jason Cataldo has decided to step down from his position to pursue personal interests. According to the release, “Mr. Cataldos resignation is effective as of May 9, 2018. Mr. Cataldo will remain an advisor to Exxe Group, and will engage as needed to ensure an orderly transition as well as offer continuing expertise and counsel on projects he had led during his time with the company.”

EXXE GROUP ORD (OTCMKTS:AXXA) aka Telecorp is a North American emerging technology company headquartered in New York, New York, with operations in over six countries. The company was formally incorporated on April 13, 2009 in the Province of Ontario, Canada.

Since 2016, Telecorp has shifted its business focus and strategy to pursue acquisitions in Hard Assets, Financial Services, Technology, Product/Distribution and Management Consultancy. As a part of this business transition, The Company began screening a number of potential acquisitions that would broaden services, products and talent into the Company.

Companies that will be considered for acquisition are required to have one of 3 main qualities: they must be progressive and established in the global marketplace, they are built upon innovative ideas and backed with real asset value, or they must be able to scale both quickly and profitably.

Find out when $AXXA reaches critical levels. Subscribe to OracleDispatch.com Right Now by entering your Email in the box below.

With the departure of the CEO, we can expect a number of other changes. As a case in point, the company also announced that David Callaghan has joined the company as Chief Technology Officer.

According to the release, “in this role, David will not only oversee Exxe Groups internal informational technology needs, but spearhead due diligence and strategy for its acquisitions in all IT-related areas, as well as work to achieve synergies across IT investments, as well as make sure that all portfolio investments are fully utilizing technology to enhance their performance and returns, regardless of sector. In addition to his permanent role as Chief Technology Officer, Mr. Callaghan will serve as Interim Chief Executive Officer of Exxe Group following the departure of Mr. Cataldo.”

The chart shows nearly 4600% piled on for shareholders of the listing during the trailing month. What’s more, the listing has benefitted from a jump in recent trading volume to the tune of a bit over 550% over what the stock has registered over the longer term.

Now commanding a market cap of $6.4M, AXXA has virtually no cash on the books, which compares with about $1.07M in total current liabilities. The company is pre-revenue at this point. As more color becomes clear on the name, we will review the situation and update our take. Sign-up for continuing coverage on shares of $AXXA stock, as well as other hot stock picks, get our free newsletter today and get our next breakout pick!

Disclosure: we hold no position in $AXXA, either long or short, and we have not been compensated for this article.