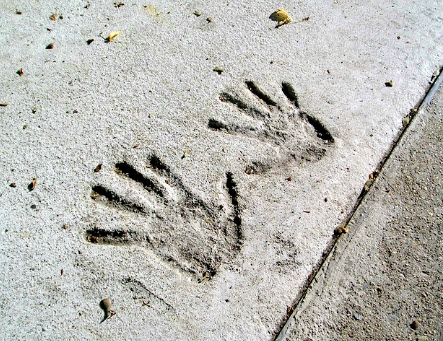 PPD Inc. (PPD) shares are trading at higher $35.07 and the avg recommendation for the stock is Strong Buy, while the current analyst price...
Read more
Investing

Eaton Corporation plc (NYSE:ETN) on the Path to Ruin

Eaton Corporation plc (ETN) shares are trading at lower $121.90 and the avg recommendation for the stock is Moderate Buy, while the current analyst...
Read more
Investing

Celsion Corporation (CLSN) shares are trading at higher $0.57 and the avg recommendation for the stock is Moderate Buy. To add more color to...
Read more
Investing

Can We Expect More Volatility From IT Tech Packaging Inc. (ITP)?

IT Tech Packaging Inc. (ITP) shares are trading at lower $0.68. To add more color to this target, the company’s high over the last...
Read more

To close out this week, the OTC saw the birth of a new player via reverse merger, whereby Century Petroleum Corp. (OTCMKTS: CYPE) became Ibeto Cement Company Limited, a cement company based in Nigeria. Shares of the stock took flight on the news as it would appear the Century business had been dead money for quite some time.

Kent A. D. Clark, Chairman of Palewater Global Management Inc., the current parent company of Century Petroleum Corp, stated, “The reverse merger with Century Petroleum Corp is a vital step in becoming a vibrant public company and is a key element of our growth strategy.  This reverse merger is a significant accomplishment for the Palewater Global Management Inc. Team.” Clark continued, “We believe the positioning of Century Petroleum Corp. as a publicly-traded company will afford all the greatest opportunity to capitalize on the rapidly growing demand for high quality, lower-cost industrial products around the world.”

Dr. Cletus Ibeto, The Chairman of The Ibeto Group, the parent company of Ibeto Cement Company Limited, Nigeria, commented as well: “As far as I am concerned and with the knowledge I have and what I know in this business, the cement business is an investors’ haven especially in Nigeria and a much more profitable business than crude oil where a lot of people think is the best place to invest. This probably explains why the few people in the business have deliberately created a very strong barrier to entry into the industry for prospective investors.”

Currently trading at a price per share of $0.41, CYPE is a total mystery as far as financials. This is a reverse merger play that now represents a formerly private Nigerian cement company, and we just don’t know what’s underneath the hood at this point. That said, we will update the story again soon as further details emerge. Sign-up for continuing coverage on shares of $CYPE stock, as well as other hot stock picks, get our free newsletter today and get our next breakout pick!

Is the Rough Ride Over for AMC Networks Inc. (AMCX)

AMC Networks Inc. (AMCX) shares are trading at higher $34.11 and the avg recommendation for the stock is Hold, while the current analyst price...
Read more
Wall Street Daily

Energous Corporation (WATT) shares are trading at lower $2.03 and the avg recommendation for the stock is Strong Buy. To add more color to...
Read more
Opinion

American Well Corporation (AMWL) shares are trading at higher $26.09 and the avg recommendation for the stock is Moderate Buy, while the current analyst...
Read more
Investing

Asana Inc. (ASAN) shares are trading at higher $27.88 and the avg recommendation for the stock is Moderate Buy, while the current analyst price...
Read more
ORACLEDISPATCH