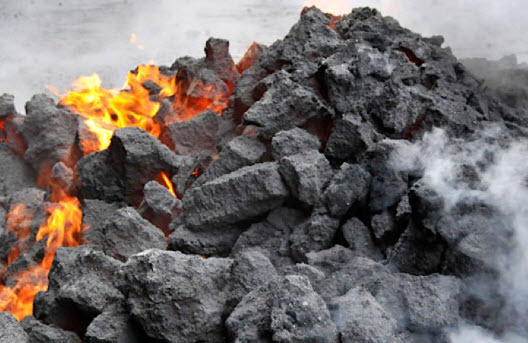 For traders looking for a distressed asset play, Westmoreland Coal Company (OTCMKTS: WLBA) may an interesting speculative candidate. This is a company that has been around for over 160 years, and recently succumbed to overwhelming debt pressure. But the company hit the market yesterday with an 8K filing stating that it had entered into a credit agreement with members of an ad hoc group of the company’s existing first lien lenders and creditors that offers some potential breathing room as the coal industry tries to get back on its feet.

According to that filing, “the agreement will provide the Company and its subsidiaries with a new $110 million term loan, with an initial funding of $90 million and a delayed draw funding of up to an additional $20 million, secured by a first lien on substantially all U.S. and Canadian assets, including 35% of the equity in the holding company for the Company’s Canadian business not previously securing the Existing Secured Debt, and guaranteed by all of the Company’s material U.S. and Canadian subsidiaries, in each case, subject to customary exceptions.”

For over 150 years, Westmoreland has been part of the fabric of the energy industry, navigating significant challenges and continually emerging as an industry leader. From company materials, “We provide jobs for hard working folks, invest in local schools and community enhancements, and provide a valued resource to generate power for homes and businesses.”

Westmoreland has demonstrated a commitment to sound safety and environmental stewardship practices at our mines, and continues to position itself to be an integral part of the multi-faceted energy future.

“Westmoreland’s roots began in the coal fields of Pennsylvania, but its core now resides across North America where hard work, resiliency, and commitment to family and community still mark the measure of success.”

Westmoreland has weathered the Civil War, two World Wars, the Great Depression, and dramatic changes in markets and political landscapes. “We continue to evolve and redefine our role in growing communities, industries, businesses, families, and returns to investors. To thrive in these changing environments, Westmoreland has made adjustments along the way.”

Westmoreland’s success has depended upon an ability to adapt.

“Moreover, our longevity is built on the hard work and loyalty of dedicated and loyal employees and their families, the confidence of our shareholders and the forward-thinking vision of our leadership team. Westmoreland has a steadfast commitment to good stewardship, and a collective interest to leave a positive and lasting legacy everywhere we operate. We are proud of our rich history and look forward to continuing to create jobs and enhance the communities we serve.”

Find out when $WLBA stock reaches critical levels. Subscribe to OracleDispatch.com Right Now by entering your Email in the box below.

Recent action has seen 49% piled on for shareholders of the stock during the trailing week, but this action is running counter to the larger trend in the name. In addition, the company has seen a growing influx of trading interest, with the stock’s recent average trading volume running 38% above the average volume levels in play in this stock over the longer term. This should not be overlooked given the stock’s very limited trading float of 18 million shares.

As far as deployment of the new rope of capital, the 8K notes that “A portion of the proceeds of the Financing have been used to refinance in full the Company’s and its subsidiaries’ existing asset-based revolving credit facilities and Westmoreland San Juan, LLC’s existing term loan facility. The remaining proceeds will be used for working capital.”

Currently trading at a market capitalization of $4.3M, WLBA has about $78M in total cash on the books, which is balanced by about $1.26B in total current liabilities. The company has pulled in $1.3B in trailing twelve-month revenues. We will update the story again soon as developments transpire. Sign-up for continuing coverage on shares of $WLBA stock, as well as other hot stock picks, get our free newsletter today and get our next breakout pick!

Disclosure: we hold no position in $WLBA, either long or short, and we have not been compensated for this article.