Aurora Cannabis Inc (OTCMKTS:ACBFF) Goes Back to its Roots 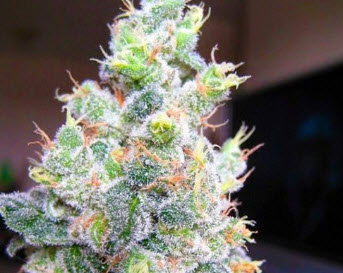 With its frequent acquisitions and strategic investments, Aurora Cannabis Inc (OTCMKTS:ACBFF) always provides a new spin on the Canadian cannabis narrative through constant diversification. However, the company also clearly knows where its core value proposition sits because it also continues to invest in building its brand as the premier high-potency MMJ player in the game.

As a case in point, the company just announced the launch of new product line called Aurora Frost. According to the company’s release, “this new dried cannabis product line represents the highest potency offering of any Aurora product launched to date at over 35% THC. Aurora Frost products are produced from premium whole flower. The products, generally known throughout the industry as kief, consist primarily of trichomes, the resinous glands rich in active pharmaceutical ingredients, including terpenes, flavonoids, and cannabinoids, such as THC and CBD.”

Traders will note roughly flat action tacked on to share pricing for the company in the past month. Furthermore, the stock has seen a growing influx of trading interest, with the stock’s recent average trading volume running 18% over what the stock has registered over the longer term.

“Successfully developing a proprietary, fine trimming and GMP compliant technology needed to produce these high-quality products at commercial scale, provides us with a remarkable advantage in addressing this niche of the cannabis market,” said Terry Booth, CEO. “Aurora now makes this high potency medical cannabis available to its patients, reflecting the Aurora Standard of innovation and patient care.”

Earning a current market cap value of $3.5B, ACBFF has a significant war chest ($231M) of cash on the books, which is balanced by about $2.6M in total current liabilities. One should also note that debt has been growing over recent quarters. ACBFF is pulling in trailing 12-month revenues of $42M. In addition, the company is seeing major top-line growth, with y/y quarterly revenues growing at 211.1%. You can bet we will update this one again as new information comes into view. Sign-up for continuing coverage on shares of $ACBFF stock, as well as other hot stock picks, get our free newsletter today and get our next breakout pick!