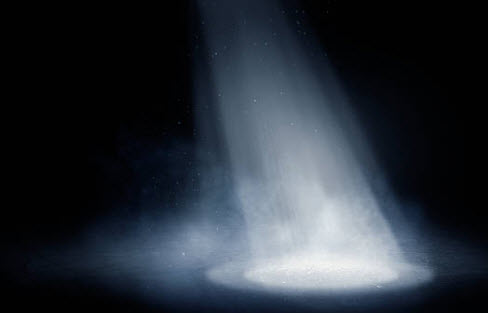 With the broad cannabis space heating up again, we turn our attention to those plays that have been showing true topline growth, with Lexaria Bioscience Corp (OTCMKTS:LXRP) as one of the most obvious examples of the genre. The company has been cooking along at over 1,200% y/y sales growth – albeit on a small-numbers scale. But the balance sheet is in good shape, so it may be worth a look, particularly given the recent breakout in the stock.

To augment that narrative, the company just announced that, subject to ongoing legal and tax analysis, it intends to create two wholly-owned subsidiaries that will, according to its latest release, “respectively hold the intellectual property related to, in the case of the first subsidiary, the improved processing and combustion-free delivery of nicotine and nicotine analogs and, in the case of the second subsidiary, delivery of non-steroidal anti-inflammatory drugs, phosphodiesterase inhibitors and other active pharmaceutical ingredients.”

Lexaria Bioscience Corp (OTCMKTS:LXRP) promulgates itself as a company that, through its subsidiary, PoViva Tea LLC, produces and sells hemp oil-infused food products extracted from agricultural hemp under the ViPova and Lexaria Energy brand names in the United States.

Lexaria’s patented DehydraTECH™ technology is focused on improved delivery methodologies of many commonly used active pharmaceutical ingredient substances. As such, it provides an additional layer of effectiveness that is designed to harmonize with the intellectual property of third parties. Both patented and generic API substances can utilize Lexaria’s patented technology. Lexaria’s long-term strategy is to partner with the world’s leading firms as they deliver best-of-class products to their existing large consumer groups.

According to company materials, “Lexaria Bioscience Corp. is a food biosciences company with a proprietary technology for improved delivery of bioactive compounds. The Company’s lipophilic enhancement technology has been shown to enhance the bioavailability of orally ingested cannabinoids, while also masking taste. This technology promotes healthy ingestion methods, lower overall dosing and higher effectiveness in active molecule delivery. The Company’s technology is patent-protected for cannabidiol (CBD) and all other non-psychoactive cannabinoids, and patent-pending for Tetrahydrocannabinol (THC), other psychoactive cannabinoids, non-steroidal anti-inflammatory drugs (NSAIDs), nicotine and other molecules.”

Find out when $LXRP stock reaches critical levels. Subscribe to OracleDispatch.com Right Now by entering your Email in the box below.

Traders will note 46% added to share values of the company over the past month of action. Furthermore, the listing has seen a growing influx of trading interest, with the stock’s recent average trading volume running exceeding 140% above its longer run average levels.

According to the company’s latest release, “Lexaria recently announced lab test results related to delivery of nicotine through the gastrointestinal tract and superior nicotine absorption in animal blood plasma with two particularly significant findings: 1. Speed of onset – as much nicotine delivered to the bloodstream in 15 minutes with the Lexaria technology vs. nearly 3 hours in the control group; and 2. Bioavailability – approximately 560% more nicotine into brain tissue than the control formulation. These discoveries have led to increased and ongoing dialogue with leading nicotine industry participants regarding the possible utilization of Lexaria’s technology. Lexaria believes that these organizational changes could enable significant increases in shareholder value while meeting the diverse needs of providing services to different industry sectors.”

Earning a current market cap value of $151.3M, LXRP has a stash ($2.3M) of cash on the books, which stands against virtually no total current liabilities. LXRP is pulling in trailing 12-month revenues of $238K. In addition, the company is seeing major top-line growth, with y/y quarterly revenues growing at 1264.5%. As more color becomes clear on the name, we will review the situation and update our take. Sign-up for continuing coverage on shares of $LXRP stock, as well as other hot stock picks, get our free newsletter today and get our next breakout pick!

Disclosure: we hold no position in $LXRP, either long or short, and we have not been compensated for this article.