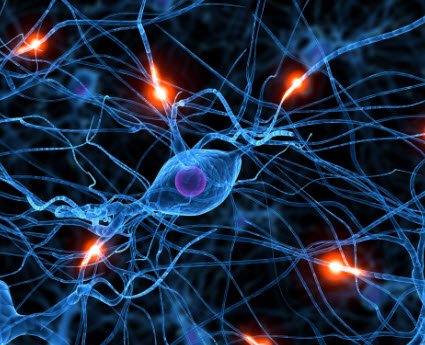 Affimed N.V. (AFMD) shares are trading at higher $5.11 and the avg recommendation for the stock is Strong Buy, while the current analyst price...
Read more
Investing

Corporate Office Properties Trust (OFC) shares are trading at higher $27.27 and the avg recommendation for the stock is Moderate Buy, while the current...
Read more
Investing

Lamb Weston Holdings Inc. (LW) shares are trading at higher $70.07 and the avg recommendation for the stock is Moderate Buy, while the current...
Read more
Investing

CTI BioPharma Corp. (CTIC) shares are trading at higher $3.80 and the avg recommendation for the stock is Moderate Buy, while the current analyst...
Read more

We saw a breakout today in a stock that we haven’t looked at in a while, Pharmacyte Biotech Inc (OTCMKTS:PMCB). The move represents a key hold of support at the nickel level. The company just announced that it is closing in on a clinical trial under the guidance of the U.S. Food and Drug Administration (FDA). Shares ripped higher in response, breaking above 3-month range highs and both major moving averages.

According to the release, “It would be the company’s first clinical trial ever and could serve as the event that changes the way solid cancerous tumors are treated, while at the same time, proving that PharmaCyte has what is considered the “Holy Grail” for diabetes—an encapsulation technology that can live inside the human body and protect the cells inside from the body’s own immune response.”

Pharmacyte Biotech Inc (OTCMKTS:PMCB) frames itself as a clinical-stage biotechnology company that focuses on developing and commercializing treatments for cancer and diabetes based upon a proprietary cellulose-based live cell encapsulation technology, known as Cell-in-a-Box. Its Cell-in-a-Box technology would be used as a platform to treat various types of cancer, including advanced and inoperable pancreatic cancer, and diabetes.

The company is developing therapies for pancreatic and other solid cancerous tumors involving the encapsulation of live cells placed in the body to enable the delivery of cancer-killing drugs at the source of cancer.

It is also developing a therapy for Type 1 diabetes and insulin-dependent Type 2 diabetes, and examining the benefits of the Cell-in-a-Box technology to develop therapies for cancer-based upon the constituents of the Cannabis plant.

Traders will note 25% tacked on to share pricing for the name in the past week. What’s more, the listing has benefitted from a jump in recent trading volume to the tune of 110% beyond what we have been seeing over the larger time frame.

PharmaCyte’s Chief Executive Officer, Kenneth L. Waggoner, stated, “We are very pleased that the final reports of the rigorous testing of our MCB cells have been received from Eurofins and, most importantly, that Certificates of Analysis for each of the 29 tests have been issued by Eurofins. The reports that each of these tests generated will play a significant role in our IND submission to the U.S. FDA, principally because the regulatory agency required PharmaCyte to conduct all the tests that were done on our cells. It also allows Austrianova to begin the process of encapsulating the cells we shipped to Austrianova from our MCB.”

Currently trading at a market capitalization of $54.8M, PMCB has a store ($1.5M) of cash on the books, which stands against virtually no total current liabilities. The company is pre-revenue at this point. We will update the story again soon as further details emerge. Sign-up for continuing coverage on shares of $PMCB stock, as well as other hot stock picks, get our free newsletter today and get our next breakout pick!