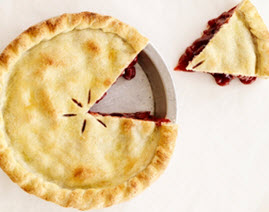 We have noted recently that Aurora Cannabis Inc (OTCMKTS:ACBFF) has been by far and away the most aggressive M&A and strategic capital investment source in the cannabis space over the past year. Now, in a very interesting move, we are seeing the other side of that coin – the spin-out.

To wit: the company just announced that it intends to distribute units consisting of shares and warrants of its subsidiary, Australis Capital Inc., to shareholders of the Company by way of a return of capital. According to the release, “The spin-out of Australis will happen in the form of a distribution of units in Australis Capital to resident holders of Aurora shares. Non-resident holders will receive cash instead of units pursuant to the spin-out.”

According to the company’s release, the key terms involved in this spin-out are a 50% joint venture interest in Australis Holdings LLP, a limited liability partnership organized under the laws of Washington State, which holds two parcels of land totaling 24.5 acres in Whatcom County, Washington, along with approximately $3,156,402 of loans (including interest as of June 13, 2018) owing from Australis Holdings.

“The proposed distribution of Australis shares and warrants delivers an immediate return to Aurora shareholders, and creates the opportunity for holders to benefit financially as Australis executes on its investment strategy in the U.S.,” said Terry Booth, CEO of Aurora.

Booth continued to note that “The fragmented U.S. cannabis market has many innovative and successful operators that struggle to access growth capital. This creates exciting and attractively priced opportunities for the well-connected and knowledgeable team at Australis to capitalize on. Although fragmented, many U.S. cannabis companies have done an excellent job in creating brand value and have developed high-quality, differentiated products with potential for geographic expansion. While regulatory requirements vary greatly from state to state, Australis are well prepared to navigate this landscape, secure opportunities, and pursue growth.”

Now commanding a market cap of $4.22B, ACBFF has a significant war chest ($231M) of cash on the books, which is balanced by about $2.6M in total current liabilities. One should also note that debt has been growing over recent quarters. ACBFF is pulling in trailing 12-month revenues of $42M. In addition, the company is seeing major top-line growth, with y/y quarterly revenues growing at 211.1%. This is an exciting story, and we look forward to a follow-up chapter as events transpire. Sign-up for continuing coverage on shares of $ACBFF stock, as well as other hot stock picks, get our free newsletter today and get our next breakout pick!