Should You Beleave Inc (OTCMKTS: BLEVF)? 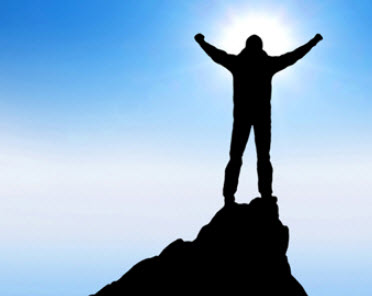 5 Stocks to Buy and Hold for Life

These are 5 rock-solid stocks you can buy and hold for life. The art of long-term investing...
Read more
Uncategorized

CannTrust Holdings (TSX:TRST) (NYSE:CTST) has been among the worst performers among cannabis stocks in 2019, and it was understandable, considering the fact...
Read more

One of the clear offshoots of the success of the big players in the Canadian cannabis patch is the search for the next up-and-coming play, and Beleave Inc (OTCMKTS: BLEVF) is an interesting candidate from that perspective. In fact, while the stock has been in a choppy consolidation mode of late, we do see a lot of cash building on the balance sheet and a management team willing to strike out and push for some international growth.

As a case in point, the company just announced it has acquired 51% of Procannmed S.A.S., a privately held company that is fully licensed for the cultivation, production, extraction, and distribution of both tetrahydrocannabinol (THC) and cannabidiol (CBD) medical cannabis in Colombia. According to the release, “The other 49% ownership was retained by the Colombian based operator ITRUST HOLDINGS S.A.S. These licenses enable the propagation of the full range of cannabis varieties and further enable Procannmed to develop a complete offering of standardized, medicinal-grade formulations.”

Beleave Inc (OTCMKTS: BLEVF) is a biotech company focused on the production of medical marijuana in Canada. The Company’s wholly-owned subsidiary, First Access Medical Inc., has received a license to cultivate medical marijuana at its facility pursuant to the Access to Cannabis for Medical Purposes Regulations outlined by Health Canada.

The Company is actively working towards its sales license, the development of patents through research with Canadian institutions and the research and development of smoke harm reduction products.

In short, Beleave Inc., together with its subsidiary, First Access Medical Inc., operates as a medical cannabis company in Canada. The company cultivates and sells cannabis for medical purposes.

Find out when $BLEVF reaches critical levels. Subscribe to OracleDispatch.com Right Now by entering your Email in the box below.

As noted above, shares of Beleave vaulted higher on Tuesday. The most proximal catalyst is the company’s announcement that it has acquired 51% of Procannmed S.A.S., a licensed medical cannabis producer based in Colombia.

“We have been conducting extensive market research in various parts of the world and see Colombia as a tremendous growth opportunity,” commented Beleave CEO, Andrew Wnek. “Global cannabis prohibition is coming to an end and we plan to capitalize on this in multiple jurisdictions of interest. Colombia, in particular, provides regulatory support and an outstanding, competitive cost structure making it an attractive destination for foreign investment.”

The chart shows -7% stripped out of share pricing for the stock in the past week, a bounce that has taken root amid largely bearish action over the larger time frame. In addition, the name has seen interest climb, with an increase in recent trading volume of approaching 190% beyond its prior sustained average level.

“We are delighted to have reached an agreement with Beleave,” said Alberto Jose Esmeral Ramirez, President of ITRUST. “This is an exciting time in the cannabis industry, and Colombia offers a special opportunity thanks in part to unprecedented government support as the country aims to become one of the largest global exporters.”

Now commanding a market cap of $45.7M, BLEVF has a significant war chest ($10.7M) of cash on the books, which must be weighed relative to virtually no total current liabilities. The company is pre-revenue at this point. We will update the story again soon as developments transpire. Sign-up for continuing coverage on shares of $BLEVF stock, as well as other hot stock picks, get our free newsletter today and get our next breakout pick!

Disclosure: we hold no position in $BLEVF, either long or short, and we have not been compensated for this article.

First Horizon National Corporation (NYSE:FHN) on the Path to Profitability

First Horizon National Corporation (FHN) shares are trading at higher $12.86 and the avg recommendation for the stock is Strong Buy, while the current...
Read more
Sector News

Allied Esports Entertainment Inc. (AESE) shares are trading at higher $1.06 and the avg recommendation for the stock is Strong Buy. To add more...
Read more
Opinion

Netflix Inc. (NASDAQ:NFLX) Stock is Plummeting, Here is Why

Netflix Inc. (NFLX) shares are trading at lower $497.52 and the avg recommendation for the stock is Moderate Buy, while the current analyst price...
Read more
Investing

SLM Corporation (SLM)’s Stock is Jumping, Here is Why

SLM Corporation (SLM) shares are trading at higher $11.44 and the avg recommendation for the stock is Strong Buy, while the current analyst price...
Read more
Wall Street Daily

Penn National Gaming Inc. (PENN) shares are trading at lower $71.73 and the avg recommendation for the stock is Moderate Buy, while the current...
Read more
ORACLEDISPATCH