Is the Silver Bullet Taking Aim at Aphria Inc (OTCMKTS:APHQF)? 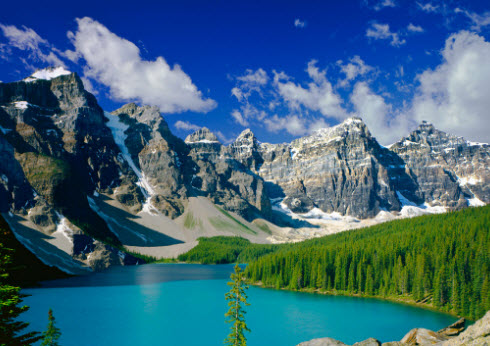 If you are looking for a catalyst to break Aphria Inc (OTCMKTS:APHQF) out of its recent steady trading range between a bid around $8.75/share and a stiff offer around $10/share, then a recent story appearing on Bloomberg suggesting that Molson Coors is starting to lick its lips at the idea of picking up a top Canadian pot producer should be of serious interest: Aphria has been floated as a short-list candidate. In addition, the company just announced that it has signed a Supply Agreement with the Manitoba Liquor and Lotteries Corporation to provide a portfolio of high-quality, branded cannabis and cannabis derivative products for sale in Manitoba’s adult-use market.

“We are thrilled to finalize this Agreement with the MBLL,” said Jakob Ripshtein, Chief Commercial Officer at Aphria. “Our broad portfolio of adult-use brands and products has been specifically developed to meet the needs of distinct consumer segments, whether new to cannabis or long-time aficionados. We’re excited that Manitoba’s adult consumers will have the opportunity to discover our thoughtfully developed brands and products.” Under the terms of the Agreement, Aphria will supply up to 2.7 million grams of cannabis and cannabis derivative products in the next year.

As noted above, the stock has been pinned in a tight range, but volume has been gradually rising – the name has registered increased average transaction volume recently, with the past month seeing 37% over what the stock has registered over the longer term, which could suggest some deeper pockets adjusting exposure in the space, positioning for some further consolidation from outside the pot patch.

As this narrative remains under the surface, Aphria continues to press for further expansion.

“This partnership with Manitoba represents yet another significant step towards the future as we continue to make history across Canada in the march towards legal sales this fall,” said Vic Neufeld, Chief Executive Officer at Aphria. “With our annual production capacity reaching 255,000 kg in early 2019 and our recently announced partnership with Great North Distributors, we are incredibly prepared to meet the anticipated demand in Manitoba and across Canada.”

At this time, carrying a capital value in the market of $1.89B, APHQF has a significant war chest ($119.4M) of cash on the books, which is balanced by about $8.6M in total current liabilities. One should also note that debt has been growing over recent quarters. APHQF is pulling in trailing 12-month revenues of $30.6M. In addition, the company is seeing major top-line growth, with y/y quarterly revenues growing at 100.6%. We will update the story again soon as developments transpire. Sign-up for continuing coverage on shares of $APHQF stock, as well as other hot stock picks, get our free newsletter today and get our next breakout pick!