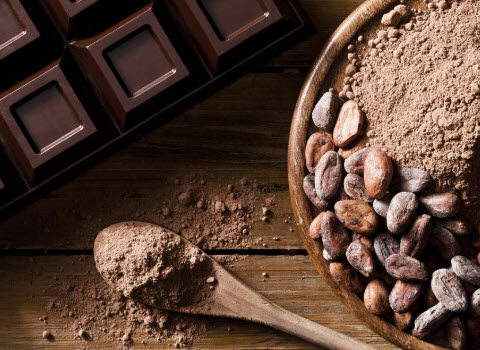 Oracle Corporation (NYSE:ORCL) Stock is Plummeting, Here is Why

Oracle Corporation (ORCL) shares are trading at lower $55.70 and the avg recommendation for the stock is Moderate Buy, while the current analyst price...
Read more
Opinion

Party City Holdco Inc. (PRTY) shares are trading at higher $4.19 and the avg recommendation for the stock is Moderate Buy, while the current...
Read more
Opinion

Zosano Pharma Corporation (NASDAQ:ZSAN) on the Path to Profitability

Zosano Pharma Corporation (ZSAN) shares are trading at higher $0.59 and the avg recommendation for the stock is Strong Buy. To add more color...
Read more
Opinion

SunPower Corporation (SPWR) shares are trading at higher $21.70 and the avg recommendation for the stock is Moderate Buy, while the current analyst price...
Read more

If you haven’t taken a look at AXM Pharma, Inc. (OTCMKTS: AXMP) over the past couple months, you’re probably going to kick yourself. The stock has quietly become a major OTC momo favorite in that time, ramping over 9,900% since February. Monday only added to that fervor as the company announced it has entered into a binding letter agreement dated as of June 14, 2018 with a leading Cameroon-based Cocoa exporting company, AS Industries Cameroon, which fully owns the largest indigenous cocoa exporting company in Cameroon, as well as a state of the art cocoa processing company.

According to the release, “The Agreement outlines the proposed terms and conditions pursuant to which AXM Pharma, Inc. and ASIC will affect a business combination that will result in a reverse takeover of AXM Pharma by the shareholders of ASIC. ASIC has positive annual revenues of over $110 million and is swiftly growing to absorb the market even further.”

AXM Pharma, Inc. (OTCMKTS: AXMP) had been billing itself as a company that produces, markets, and distributes pharmaceutical products in China. However, the latest news pits the ticker as on course toward representing a major cocoa exporter from Cameroon.

The company previously provided Asarone, an anti-septic, anti-inflammatory, asthma reducing, and coughs prevention medicine for the treatment of infantile pneumonia, child pneumonia, adult bacterial pneumonia, and chronic and acute bronchitis; and Lifupeng for treatment of tuberculosis. It also offers Weifukang, an antiseptic cream for cleansing acne; and for relieving the symptoms of eczema, psoriasis, and other skin irritations, such as contact dermatitis.

According to company materials, “ASIC is a Cameroon-based holdings company which fully owns the largest indigenous cocoa trading company in Cameroon, as well as a state of the art cocoa processing company, with headquarters in Kekem. ASIC has several drying and storage units in Kekem, Douala or other rural areas in the centre region. In a few years of activity, ASIC through its strong network of producers, producer groups and business partners such as Touton SA, Sucden, Olam International has established itself as one of the leaders in cocoa / coffee trading in Cameroon. The management team of ASIC is made up of skilled professionals, each having several years of experience such as its CEO Mr. Emmanuel NEOSSI who has 20 years of experience in the cocoa trade area.”

Find out when $AXMP reaches critical levels. Subscribe to OracleDispatch.com Right Now by entering your Email in the box below.

The chart shows 72% piled on for shareholders of the stock during the trailing week. In addition, the company has seen a growing influx of trading interest, with the stock’s recent average trading volume running greater than 350% over the long run average.

Mr. Emmanuel Neossi, The Chairman of ASIC and Neossi Group, commented, “For more than two decades, we have been carrying forward an ambitious program of positive changes alongside the cocoa and coffee value chains to support economic growth in Cameroon. Our key strategic objective was therefore to increase value in key agribusiness sectors that have a strong ripple effect on the rest of the economy to ensure sustained improvements in people’s livelihoods. I am very pleased to have acquired AXM Pharma and, having been appointed the new Chairman of the Board of Directors of the company, this will enable me to assume the key leadership role in the sub regional cocoa market and around. This transaction matches completely well with our holistic approach and vertical integration strategy.”

Now commanding a market cap of $30.2M, AXMP is still a bit of mystery now that the ticker represents a cocoa exporter from Cameroon. However, we do know that the company has annual revenues of over $110 million, according to Monday’s release. This may be a very interesting story and we will look forward to updating it again soon. Sign-up for continuing coverage on shares of $AXMP stock, as well as other hot stock picks, get our free newsletter today and get our next breakout pick!

Disclosure: we hold no position in $AXMP, either long or short, and we have not been compensated for this article.

Farfetch Limited (FTCH) shares are trading at higher $47.00 and the avg recommendation for the stock is Moderate Buy, while the current analyst price...
Read more
Opinion

First Horizon National Corporation (FHN) shares are trading at lower $11.97 and the avg recommendation for the stock is Strong Buy, while the current...
Read more
Investing

The AES Corporation (NYSE:AES) is Waving the Bear Flag

The AES Corporation (AES) shares are trading at lower $20.42 and the avg recommendation for the stock is Strong Buy, while the current analyst...
Read more
ORACLEDISPATCH