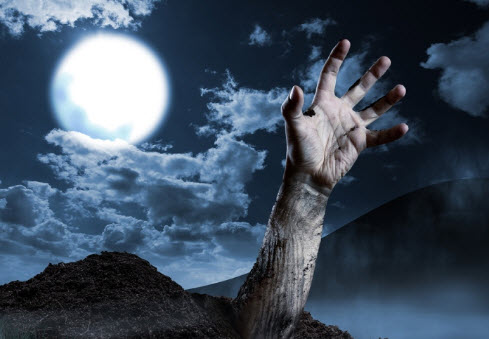 With today’s explosion higher in the price of Bitcoin, it’s a good idea to keep close tabs on MGT Capital Investments Inc. (OTCMKTS:MGTI). The crypto space has been in a stagnant bear market, but took off to start this week after Bitcoin established a higher-low pivot on the charts earlier this month and then broke out above resistance this week to regain traction above the key $7k level.

To further boost the story, the company just announced the appointment of Stephen Schaeffer as Chief Operating Officer of MGT. According to the release, “Mr. Schaeffer has served as President of the Company’s Crypto-Capital Strategies division since August 2017. In this role, Mr. Schaeffer has led the Company’s crypto team domestically as well as the expanded operation in Sweden. Mr. Schaeffer has an extensive background in building and operating large scale crypto mining centers since 2012. In addition, he has strong relationships with some of the largest hardware manufacturers as well as many of the most influential individuals in the Bitcoin industry.”

MGT Capital Investments Inc. (OTCMKTS:MGTI) pivoted its operations entirely into the cryptocurrency space last year, ramping up its Bitcoin mining operations in the state of Washington and northern Sweden, and divesting itself of its cybersecurity segment.

According to company materials, “With facilities in northern Sweden and WA state, MGT Capital Investments, Inc. (OTCQB:MGTI) ranks as one of the largest U.S. based Bitcoin miners. Further, the Company continues to execute on an expansion model to grow its crypto assets materially. The Company also owns a portfolio of cyber security technologies, including the Company’s first product, Sentinel, an enterprise class network intrusion detector which was released in October 2017. The Company also owns the intellectual property associated with developing and marketing a mobile phone with extensive privacy and anti-hacking features. The cybersecurity products were guided by John McAfee, the Company’s former Chief Cybersecurity Visionary. MGT is presently evaluating various alternatives for its cybersecurity business.”

The chart shows 28% during the past week in terms of shareholder gains in the company, a rally that has pushed up against longer standing distributive pressure in the stock. What’s more, the stock has witnessed a pop in interest, as transaction volume levels have recently pushed 10% over what the stock has registered over the longer term.

According to the company’s most recent release, “In his new role as COO, Mr. Schaeffer will continue to head Bitcoin mining operations, providing MGT with higher visibility as he focuses on development of expansion opportunities and new investment partnerships. His earlier business experience includes over 20 years on Wall Street as an equities trader and an adviser to small to mid-sized public companies.”

Robert Ladd, Chief Executive Officer of MGT commented, “We are very pleased to recognize Steve’s accomplishments with the Company and are confident as he assumes his new responsibilities.”

Mr. Schaeffer stated, “I am extremely excited and honored to work with our team at MGT as we strategize and execute on our growth plans in the crypto mining arena.”

Now commanding a market cap of $67.3M, MGTI has a stash ($483K) of cash on the books, which is balanced by virtually no total current liabilities. MGTI is pulling in trailing 12-month revenues of $3.8M. In addition, the company is seeing major top-line growth, with y/y quarterly revenues growing at 206.4%. This is an exciting story, and we look forward to a follow-up chapter as events transpire. Sign-up for continuing coverage on shares of $MGTI stock, as well as other hot stock picks, get our free newsletter today and get our next breakout pick!