What to do with the Pullback in Aurora Cannabis Inc (OTCMKTS:ACBFF)? 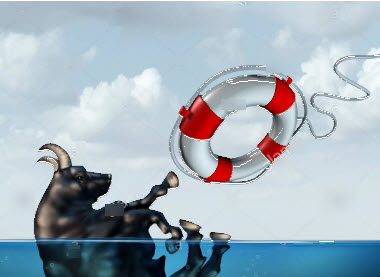 For those who have been sitting around and waiting for a pullback in Aurora Cannabis Inc (OTCMKTS:ACBFF), we may be witnessing just such an eventuality right now. Shares of the stock have pulled back as much as 15-20% in the past couple weeks, breaking under both of its major moving averages. However, some interesting new catalysts have emerged along the way that include the elimination of further uncertainty regarding the company’s recent landmark acquisition of MEDFF.

To wit: the company just announced that it has received shareholder approval at a special meeting, held apparently on Wednesday, for the “issuance of shares in consideration for the planned acquisition of MedReleaf Corp (MEDFF), a well-known Canadian Licensed Producer based in Markham, Ontario that delivers premium medical cannabis products to domestic and global markets, and compelling brands to the adult-use recreational market.”

Recent action has seen more than -20% stripped out of share pricing for the stock in the past week. In addition, the listing has witnessed a pop in interest, as transaction volume levels have recently pushed 8% above the average volume levels in play in this stock over the longer term.

According to the release, “At the Meeting, approximately 23.24% of the outstanding Aurora shares were represented in person or by proxy. The Share Issuance Resolution was approved by approximately 98.65% of the votes cast by Aurora shareholders at the Meeting. The Share Issuance Resolution required approval of a majority of the votes cast by shareholders present in person or represented by proxy at the Meeting.“

At this time, carrying a capital value in the market of $3.25B, ACBFF has a significant war chest ($231M) of cash on the books, which must be weighed relative to about $2.6M in total current liabilities. One should also note that debt has been growing over recent quarters. ACBFF is pulling in trailing 12-month revenues of $42M. In addition, the company is seeing major top-line growth, with y/y quarterly revenues growing at 211.1%. We will update the story again soon as further details emerge. Sign-up for continuing coverage on shares of $ACBFF stock, as well as other hot stock picks, get our free newsletter today and get our next breakout pick!