The Pullback in Creative Medical Technology Holdings Inc (OTCMKTS:CELZ) is Worth a Look 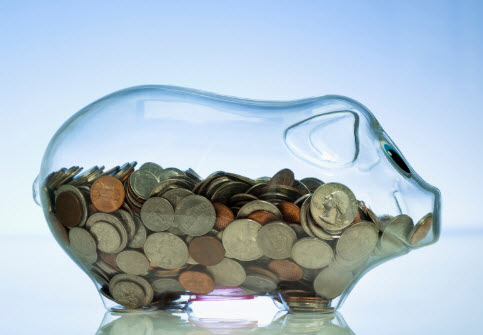 If you are looking for a speculative name with a very strong six-month trend that has recently checked back to, and held support at, a key major moving average, then you may want to check out Creative Medical Technology Holdings Inc (OTCMKTS:CELZ) right now. The company has a range of interesting catalysts in play, and just pulled back to its 50-day simple moving average and apparently found a strong bid there to halt the decline to close out last week’s action.

One of the more interesting steps the company has taken recently deserves a little more attention: the company just announced that its subsidiary Caverstem International LLC has signed an exclusive contract with Promo Med Russia for the commercialization of its CaverStem technology. According to the release, “As previously disclosed, Creative Medical Technology Holdings, Inc. formed the subsidiary CaverStem International LLC for the purpose of commercializing its erectile dysfunction technology to international physicians.”

Creative Medical Technology Holdings Inc (OTCMKTS: CELZ) bills itself as a company that is engaged in stem cell research and applications for use to treat male and female sexual dysfunction, infertility and related issues. It holds a patent for its erectile dysfunction (“ED”) treatment and was granted a license by Los Angeles Biomedical Research Institute at Harbor-UCLA Medical Center, a non-profit biomedical research and education institute (“LABIOMED”), for the infertility treatment.

It has also filed a patent application focused on physical manifestations of female sexual arousal disorder, as an extension of the work with stem cell therapies for ED. Following testing of its ED treatment, Creative Medical intends to market treatment kits to physicians for use with their patients suffering from ED. During the first quarter of 2016, it commenced a 15-month clinical trial study being conducted at UCLA by LABIOMED on the efficacy and safety of the ED treatment.

According to company materials, “Creative Medical Technology Holdings, Inc. is a clinical-stage biotechnology company currently trading on the OTCQB under the ticker symbol CELZ.”

Find out when $CELZ stock reaches critical levels. Subscribe to OracleDispatch.com Right Now by entering your Email in the box below.

As noted above, the company has some interesting catalysts in play, and just saw a pullback to major moving average support.

“Upon meeting with Dr. Gershman and the CaverStem team at the American Urological Association conference in May, I became more familiar with the CaverStem technology and quickly identified it as a valuable treatment for the escalating erectile dysfunction problems in Russia. As physicians it is our responsibility to seek out and develop advanced technologies in medicine to improve the quality of our patients’ lives,” said Professor Dimitri Pushkar MD, Director of Urology at Moscow University.

“We are excited and appreciative that a physician of Dr. Pushkar’s reputation is involved in expanding our technology to the international medical community. We also wish to thank Dr. Gershman, as his decades-long relationships and stellar international reputation were instrumental in furthering our expansion of CaverStem,” said Timothy Warbington, CEO of Creative Medical Technology Holdings.

Earning a current market cap value of $25.6M, CELZ has a reserve ($102K) of cash on the books, which must be weighed relative to about $509K in total current liabilities. One should also note that debt has been growing over recent quarters. CELZ is pulling in trailing 12-month revenues of $14K. In addition, the company is seeing recent top-line growth, with sequential quarterly revenues growing at 100%. As more color becomes clear on the name, we will review the situation and update our take. Sign-up for continuing coverage on shares of $CELZ stock, as well as other hot stock picks, get our free newsletter today and get our next breakout pick!

Disclosure: we hold no position in $CELZ, either long or short, and we have not been compensated for this article.