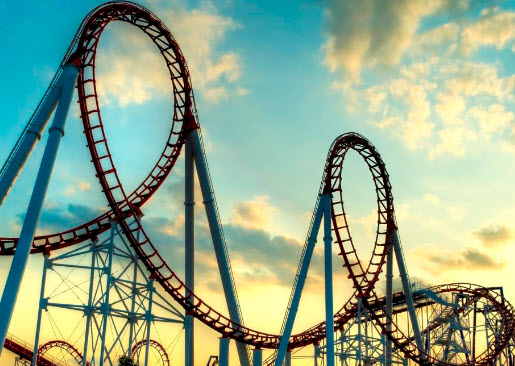 In the category of recent crazy action, take a look at Cannabix Technologies Inc (OTCMKTS:BLOZF) shares. We have seen a huge jump in volume and a wild roller coaster ride over the past couple days as we draw ever nearer to a possible implementation of the company’s core technology – they make a breathalyzer for detecting cannabis use in drivers that may be useful when Canada goes fully legal on a recreational basis.

To further flesh this narrative out, the company just provided the following statement related to the government of Canada’s authorization of roadside saliva-testing devices under bill C-46: “It has been well signaled for some time by the Canadian government that a roadside saliva-testing device would be used when Canada legalizes marijuana later this year. The move to use saliva testing, we believe, is because no court accepted breath test device currently exists on the market. This the chief objective of Cannabix and our ongoing advanced product development work.”

Testing using the Cannabix Marijuana Breathalyzer Beta prototype device with human subjects after smoking THC cigarettes demonstrated the successful detection of THC, the psychoactive component of marijuana, in real-time. In addition to THC, several metabolites were identified in the breath of the human subjects including 11-hydroxy-delta-9-tetrahydrocannabinol and delta-9-carboxy-tetrahydrocannabinol, and three other cannabinoids related to cannabigerol, were confirmed by mass spectrometry after the inhalation of cannabis.

The ability to detect THC and its metabolites in human breath is a significant scientific breakthrough that allows for real-time pharmacokinetic analysis. Such analysis provides a method for the identification of frequent users of marijuana who tend to retain THC in their body for longer periods of time, relative to infrequent marijuana users who tend to clear THC from their body more quickly.

According to company materials, “Cannabix Technologies Inc. is a leader in marijuana breathalyzer development for law enforcement and the workplace. BLOZF has established breath testing technologies in the pursuit of bringing durable, portable hand-held tools to market to enhance detection of marijuana-impaired driving offenses on roads at a time when marijuana is becoming legal in many global jurisdictions. Cannabix is working to develop drug-testing devices that will detect THC- the psychoactive component of marijuana that causes intoxication- using breath samples. In particular, Cannabix is focused on developing breath testing devices for detection of recent use of THC, in contrast to urine testing for THC metabolite that requires an invasive collection and reflects use days or even weeks earlier. The devices will also be useful for other practical applications such as testing employees in the workplace where intoxication by THC can be hazardous.”

Find out when $BLOZF stock reaches critical levels. Subscribe to FinanceRegistrar.com Right Now by entering your Email in the box below.

As we noted above, the action in this stock has been truly bonkers over the past 48 hours. The company came out and said it doesn’t know why that has been the case. Either way, we have seen some 20% come peeling out of shares over just the past week, but the bounce engaged near the lows has been appreciable in its own right and suggests some strong-handed bidders are active in the tape. In addition, we are seeing clearly elevated volume, with a boost to average trading levels by just shy of 260% above the average volume levels in play in this stock over the longer term.

The company’s statement continued: “The Company has received significant interest for its technology from police and companies in the U.S., Canada and elsewhere. As the issue of drugged driving becomes increasingly acute, Cannabix is committed to using its technology, R&D and scientific experience to provide effective tools to aid law enforcement and help governments and the public transition to marijuana legalization in various jurisdictions. Cannabix is a well-funded Canadian company that is rapidly developing is FAIMS-based marijuana breathalyzer.”

At this time, carrying a capital value in the market of $103M, BLOZF has a significant war chest ($4.9M) of cash on the books, which compares with virtually no total current liabilities. The company is pre-revenue at this point. As more color becomes clear on the name, we will review the situation and update our take. Sign-up for continuing coverage on shares of $BLOZF stock, as well as other hot stock picks, get our free newsletter today and get our next breakout pick!

Disclosure: we hold no position in $BLOZF, either long or short, and we have not been compensated for this article.