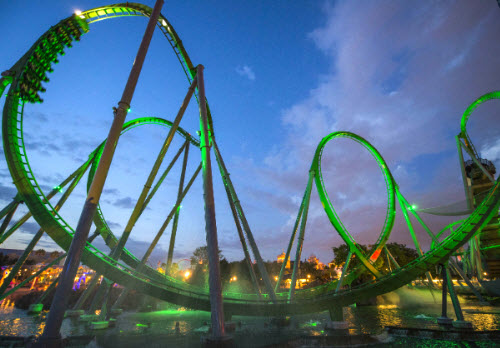 Since its IPO launch on the Nasdaq exchange last month, Tilray Inc (NASDAQ:TLRY) shares have been riding the rails of the roller coaster, first powering 50% higher in the initial three days of action, then giving almost all of that back, only to bounce another 20% in the past week. It’s enough to make you motion sick if you’re involved here. But the pattern is not without promise, and the company is finding new catalysts in front its first earnings report later this month.

The company just announced that a study featuring Tilray 2:100, a medical cannabis oil containing high amounts of cannabidiol (CBD) and conservative amounts of tetrahydrocannabinol (THC), has shown promising results for children with drug-resistant epilepsy (DRE) due to Dravet Syndrome. According to the release, “The findings of the Phase II trial, which was designed and conducted by researchers at The Hospital for Sick Children in Toronto (SickKids), were published today in the peer-reviewed medical journal Annals of Clinical and Translational Neurology.”

Tilray Inc (NASDAQ:TLRY) started trading yesterday after pricing a 9 mln share IPO at $17/share. The IPO priced at 76x 2017 sales, or about 50x 2018 sales (if you extrapolate Q1 sales growth out for this year).

Clearly, the market has high hopes for some big top-line acceleration that is priced into these valuations. At this point, the TLRY is accelerating up the charts as sentiment and speculative fervor fuel the action.

Find out when $TLRY reaches critical levels. Subscribe to OracleDispatch.com Right Now by entering your Email in the box below.

Recent action has seen 7% piled on for shareholders of the listing during the trailing week. In addition, the stock has witnessed a pop in interest, as transaction volume levels have recently pushed 10% beyond its prior sustained average level. Traders should note this as important given the stock’s very limited trading float of 16.46 million shares.

“We are excited by the encouraging results of this study and the ability to already offer this highly concentrated CBD product to patients in Canada. We developed this product based on a strong existing evidence base that a combination cannabinoid product may have numerous benefits in this difficult to treat patient population,” said Catherine Jacobson, Director of Tilray’s Clinical Research Program. “In the participants who reached the target treatment dose there was a statistically significant reduction in motor seizures, and an increase in seizure-free days compared to those who did not reach the target dose. Promising clinically beneficial effects were observed, including a reduction in seizure frequency and improvements in certain aspects of adaptive functioning and quality of life measures.”

Now commanding a market cap of $2.4B, TLRY has a significant war chest ($12.1M) of cash on the books, which compares with about $44.1M in total current liabilities. One should also note that debt has been growing over recent quarters. TLRY is pulling in trailing 12-month revenues of $7.8M. As more color becomes clear on the name, we will review the situation and update our take. Sign-up for continuing coverage on shares of $TLRY stock, as well as other hot stock picks, get our free newsletter today and get our next breakout pick!

Disclosure: we hold no position in $TLRY, either long or short, and we have not been compensated for this article.