Will Green Organic Dutchman Holdings Ltd (OTCMKTS: TGODF) Be the Next Canopy? 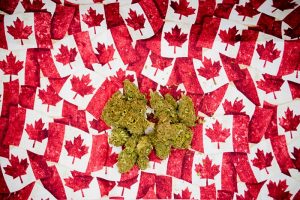 The cannabis space went into high gear this week, following news that large-cap equity money was flowing back into the space. That lifted all boats, and gave a critical boost to shares of Green Organic Dutchman Holdings Ltd (OTCMKTS: TGODF). We point this out because there are many similarities between TGODF some of the larger players in the space, including Aurora Cannabis Inc (OTCMKTS:ACBFF) and Aphria Inc (OTCMKTS:APHQF).

As far as its own catalysts, the company just announced the deemed exercise of 3,910,000 special warrants issued by the Company “on June 26, 2018 following the issuance of a receipt for the Company’s final short form prospectus dated August 10, 2018, filed with the securities regulatory authorities in the provinces of British Columbia, Alberta, Ontario, Nova Scotia and New Brunswick.”

Green Organic Dutchman Holdings Ltd (OTCMKTS: TGODF) is a research & development company licensed under the Access to Cannabis for Medical Purposes Regulations (“ACMPR”) to cultivate medical cannabis. The Company carries out its principal activities producing cannabis from its facilities in Ancaster, Ont., pursuant to the provisions of the ACMPR and the Controlled Drugs and Substances Act (Canada) and its regulations.

The Company grows high quality, organic cannabis with sustainable, all-natural principles. TGOD’s products are laboratory tested to ensure patients have access to a standardized, safe and consistent product. TGOD has a funded capacity of 116,000 kg and is building 970,000 sq. ft. of cultivation facilities in Ontario and Quebec.

The Company has developed a strategic partnership with Aurora Cannabis Inc. (TSX:ACB) whereby Aurora has invested approximately C$78.1 million for an approximate 17.5% stake in TGOD. In addition, the Company has raised approximately C$290 million dollars and has over 5,000 shareholders. TGOD’s Common Shares and warrants issued under the indenture dated November 1, 2017 trade on the TSX under the symbol “TGOD” and “TGOD.WT”, respectively.

Find out when $TGODF stock reaches critical levels. Subscribe to OracleDispatch.com Right Now by entering your Email in the box below.

As noted above, the big catalyst here was an expansion in the strategic partnership between Canopy Growth Corp (NYSE: CGC) and Constellation Brands (STZ) (NYSE: STZ.B). This is a major development because it ratifies the view that growth in the space lies ahead on a level that major Wall Street advisors believe can justify the high price-to-sales ratios found among many of these bigger players. TGODF is still basically pre-revenue, but is gearing up to be one of the real players. This led to a major investment by Aurora several months ago.

Traders will note 9% tacked on to shares on the stock in the past 24 hours. Furthermore, the listing has seen a growing influx of trading interest, with the stock’s recent average trading volume running 19% beyond its prior sustained average level. This should not be overlooked with a float in play that’s extremely small – at just 29.9 million shares.

As noted in the release, “In accordance with the terms of a special warrant indenture dated June 26, 2018 between the Company and Computershare Trust Company of Canada, each Special Warrant converted into one common share of the Company (a “Share”) and one-half of one common share purchase warrant (a “Warrant”). Each Warrant is exercisable for one Share on or before June 26, 2021 at an exercise price of $9.50 per Share. For further information on the Special Warrants, please see the Company’s news release dated June 26, 2018, a copy of which is available on SEDAR (www.sedar.com).”

Earning a current market cap value of $872M, TGODF has a significant war chest ($129.7M) of cash on the books, which compares with virtually no total current liabilities. The company is pre-revenue at this point. We will update the story again soon as developments transpire. Sign-up for continuing coverage on shares of $TGODF stock, as well as other hot stock picks, get our free newsletter today and get our next breakout pick!