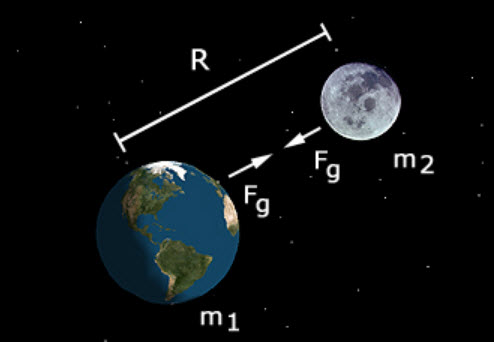 Carnival Corporation & Plc (CUK) shares are trading at higher $16.36. To add more color to this target, the company’s high over the last...
Read more
Opinion

Allscripts Healthcare Solutions Inc. (MDRX) shares are trading at higher $13.67 and the avg recommendation for the stock is Moderate Buy, while the current...
Read more
Opinion

Warner Music Group Corp. (WMG) shares are trading at lower $28.01 and the avg recommendation for the stock is Moderate Buy, while the current...
Read more
Opinion

For traders in search of a bargain-basement bottoming type of pattern with some newfound momentum, you might want to take a fresh look at United Cannabis Corp (OTCMKTS:CNAB). This is a very small float play in the cannabis patch that exploded higher on Wednesday with no new press from management. The breakout took shares above the 50-day SMA on a major jump in volume.

Earlier this month, the company announced that it had initiated clinical trials on its Prana Bio Nutrient Medicinals P1 Capsules for the treatment of chronic pain at Jamaica’s University of the West Indies. According to the release, “The study, titled ‘An Open-Label, Phase 1, 2-Way crossover study evaluating the pharmacokinetics of Prana P1 THC activated capsules’, is to be conducted in conjunction with Cannabinoid Research & Development, the Company’s Jamaican subsidiary, at the Centre For Cannabis Research at the University’s Mona Campus.”

United Cannabis Corp (OTCMKTS:CNAB) bills itself as a company that owns intellectual properties related to growth, production, manufacture, marketing, management, utilization, and distribution of medical and recreational marijuana, and marijuana-infused products in the United States.

According to company materials, “The Company’s Prana Bio Medicinal products provide patients a way to mix/match cannabinoids for therapeutic purposes. These products, licensed to regulated marijuana dispensaries, are broken into 5 categories that are available in capsules, sublingual’s, and topical delivery methods. The Company uses a patent-pending infusion process utilizing select fatty acids, lipids, and specific combinations of cannabis-derived terpenes to increase bioavailability.”

Find out when $CNAB Stock reaches critical levels. Subscribe to OracleDispatch.com Right Now by entering your Email in the box below.

As noted above, shares of CNAB boomed higher on Wednesday, breaking above recent resistance on a jump in volume. In all, we’ve witnessed 67% during the past week in terms of shareholder gains in the listing, a rally that has pushed up against longer standing distributive pressure in the stock.

Furthermore, the name has seen a growing influx of trading interest, with the stock’s recent average trading volume running nearly 370% above the average volume levels in play in this stock over the longer term. This should not be overlooked with the stock trading on a float that is extremely small at just 15.2 million shares.

Earnest Blackmon, Chief Executive Officer of United Cannabis, commented on the announcement, “We are very proud to announce the commencement of our clinical trials; we have been working toward this goal since we started the Company. The Prana products represent the culmination of years of research and development, and I am confident that the results will confirm the anecdotal evidence we have seen with patients since first introducing our Prana product line six years ago.”

Earning a current market cap value of $36.8M, CNAB has a reserve ($535K) of cash on the books, which stands against about $1.7M in total current liabilities. One should also note that debt has been growing over recent quarters. CNAB is pulling in trailing 12-month revenues of $2.4M. In addition, the company is seeing major top-line growth, with y/y quarterly revenues growing at 881.6%. We will update the story again soon as developments transpire. Sign-up for continuing coverage on shares of $CNAB stock, as well as other hot stock picks, get our free newsletter today and get our next breakout pick!

Disclosure: we hold no position in $CNAB, either long or short, and we have not been compensated for this article.

SolarEdge Technologies Inc. (SEDG) shares are trading at higher $264.80 and the avg recommendation for the stock is Moderate Buy, while the current analyst...
Read more
Sector News

Is the Rough Ride Over for Abeona Therapeutics Inc. (ABEO)

Abeona Therapeutics Inc. (ABEO) shares are trading at higher $1.38 and the avg recommendation for the stock is Strong Buy. To add more color...
Read more
Opinion

SuperCom Ltd. (SPCB) shares are trading at higher $0.88 and the avg recommendation for the stock is Hold. To add more color to this...
Read more
Investing

SeaWorld Entertainment Inc. (SEAS) shares are trading at higher $28.02 and the avg recommendation for the stock is Moderate Buy, while the current analyst...
Read more
Wall Street Daily

Regeneron Pharmaceuticals Inc. (REGN) shares are trading at higher $523.61 and the avg recommendation for the stock is Moderate Buy, while the current analyst...
Read more
ORACLEDISPATCH