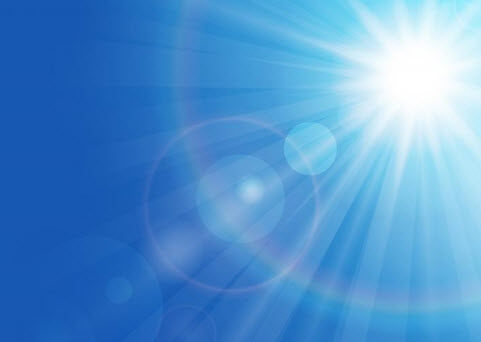 Like a blast from the past, shares of Ascent Solar Technologies, Inc. (OTCMKTS:ASTI) has started to catch some sunlight again in recent days, rising as much as 400% since the middle of last week. Helping to fuel the move, the company just announced that it has been selected by the U.S. Department of Energy (DOE), supported by the Office of Technology Transitions (OTT) Technology Commercialization Fund (TCF), for two exclusive development projects.

According to the release, “The TCF was created by the Energy Policy Act of 2005 to promote promising energy technologies. The TCF selections announced on August 23, 2018 will expand the DOE’s efforts to catalyze the commercial impact of the Department’s portfolio of research, development, demonstration, and deployment activities. TCF funds require a 50 percent match of non-federal funds from private partners.”

ASTI is a developer of thin-film photovoltaic modules using flexible plastic substrate materials that are more versatile and rugged than traditional solar panels.

The company is headquartered in Thornton, Colorado.

According to company materials, “Ascent Solar Technologies, Inc., an ISO 9001-2015 certified company, is a developer of thin-film photovoltaic modules using flexible substrate materials that are more versatile and rugged than traditional solar panels.  Ascent Solar modules were named as one of the top 100 technologies in both 2010 and 2015 by R&D Magazine, and one of TIME Magazine’s 50 best inventions for 2011. The technology described above represents the cutting edge of flexible power and can be directly integrated into consumer products and off-grid applications, as well as other aerospace applications. Ascent Solar is headquartered in Thornton, Colorado, where the company’s quality management system has achieved ISO 9001:2015 certification.”

Find out when $ASTI stock reaches critical levels. Subscribe to OracleDispatch.com Right Now by entering your Email in the box below.

The chart shows approaching 330% piled on for shareholders of the name during the trailing week, a bounce that has taken root amid largely bearish action over the larger time frame.

In addition, the stock has witnessed a pop in interest, as transaction volume levels have recently pushed greater than 490% over the long run average. It pays to take note of this fact given the stock’s relatively small trading float of around 17.6M shares.

“The Department of Energy is one of the largest supporters of technology transfer within the federal government. By connecting innovators at our national labs with entrepreneurs in the private sector, DOE is breaking down barriers and finding the nexus between ingenuity and opportunity,” said U.S. Secretary of Energy Rick Perry. “The projects announced today will further strengthen those efforts across a broad spectrum of energy technologies and advance DOE’s important mission of technology transfer.”

Currently trading at a market capitalization of $5.26M, ASTI has virtually no cash on the books, which stands against about $19M in total current liabilities. One should also note that debt has been growing over recent quarters. ASTI is pulling in trailing 12-month revenues of $817K. In addition, the company is seeing major top-line growth, with y/y quarterly revenues growing at 309.7%. This is an exciting story, and we look forward to a follow-up chapter as events transpire. Sign-up for continuing coverage on shares of $ASTI stock, as well as other hot stock picks, get our free newsletter today and get our next breakout pick!

Disclosure: we hold no position in $ASTI, either long or short, and we have not been compensated for this article.