Aphria Inc (OTCMKTS:APHQF) Should Probably be on the List 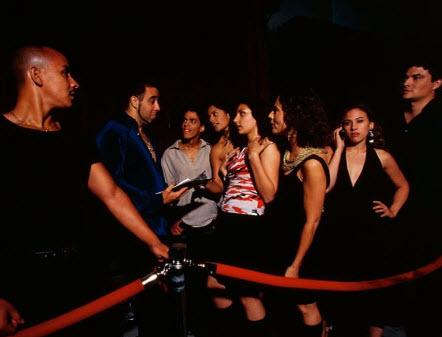 Volatility has apparently returned to the Aphria Inc (OTCMKTS:APHQF) chart, with shares stabbing lower and then rebounding sharply to close out last week. We would expect volatility to be broadly returning to many stocks in the space this fall, as we eventually climb past the actual news of the adult-use market in Canada going live. But some companies in leadership positions in the space could simply become more interesting in that storm, especially as they continue to build out expanding lateral and vertical strategic relationships.

As a case in point, Aphria just announced that it has entered into a wholesale supply agreement with Emblem Cannabis Corp., wholly owned subsidiary of Emblem Corp. and a licensed producer of medical cannabis under the Access to Cannabis for Medical Purposes Regulations to supply 175,000 kg of high-quality cannabis over a five-year period starting May 2019 with a total of 25,000 kg deliverable for the balance of the first year. According to the release, “Under the terms of the Agreement, Aphria will receive a non-refundable deposit of $22.8 million, which is comprised of $12.8 million in cash, and 6,952,169 of common shares of Emblem. The Emblem common shares issued to Aphria are subject to a contractual lock-up and standstill arrangement, with five equal releases over the term of the Agreement, subject to certain customary exceptions.”

The action has been generally hot and heavy for APHQF of late. In all, recent action has seen 90% added to share values of the listing over the past month of action. Furthermore, the listing has seen interest climb, with an increase in recent trading volume of just under 200% over what the stock has registered over the longer term.

“Aphria’s total annualized production capabilities are about to reach 255,000kg in early 2019, which means we are not only well positioned to meet all of our supply commitments across Canada and anticipated international demand, but also have the capacity to support the projected demand through our partners,” said Gregg Battersby, Vice President of Commercial Strategy at Aphria. “We are pleased to be able to support Emblem with a supply of high-quality cannabis grown in our Leamington greenhouses while securing healthy revenue and margins for Aphria over the next five years.”

Now commanding a market cap of $3.51B, APHQF has a significant war chest ($59.7M) of cash on the books, which is balanced by about $43.9M in total current liabilities. APHQF is pulling in trailing 12-month revenues of $36.9M. In addition, the company is seeing major top-line growth, with y/y quarterly revenues growing at 110.3%. You can bet we will update this one again as new information comes into view. Sign-up for continuing coverage on shares of $APHQF stock, as well as other hot stock picks, get our free newsletter today and get our next breakout pick!