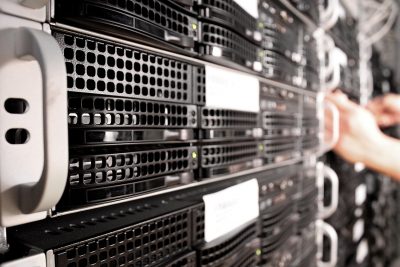 Netlist, Inc. (OTCMKTS: NLST) is up over 200% over the last month. The stock might be due for a large monetary gain after the ITC issued a favorable claim of construction on a 1089 patent infringement case with SK hynix. The volume for the stock is linked to investors seeing an exciting entry point for NLST that many in the industry believe could shoot up near the $0.75 mark.

“We are very pleased with the order and believe this is an important turning point in our dispute with SK hynix,” said NLST’s Chief Executive Officer, C.K. Hong. “In our view, the claim construction order was thorough, well-reasoned, and vindicates our belief as to the strength of our fundamental IP.  This interpretation of the patents puts us in a strong position with respect to infringement, which was the only issue we didn’t win in our first ITC action. The order gives us significant momentum heading into the trials scheduled later this year in both the ITC and in Germany.”

Find out when $NLST reaches critical levels. Subscribe to OracleDispatch.com Right Now by entering your Email in the box below.

According to the press release, the Administrative Law Judge resolved the parties’ disputes in favor of Netlist on these key issues. Having conclusively established the meaning of the asserted patent claims, the focus now shifts to whether the operation of SK hynix’s products, which is undisputed between the parties, falls within the scope of the claims.

The company is also unveiling some new big data memory systems at a series of conference circuits. HybriDIMM supports multiple server architectures and is recognized as a standard LRDIMM without BIOS modifications. These are large memory applications for companies handling data-heavy computations.

“We continue to advance the commercialization of Netlist’s HybriDIMM storage class memory technology,” said Advani. “FMS is the premier event to showcase the versatility of HybriDIMM’s revolutionary architecture that provides cost-effective fast storage and memory capabilities in various data-intensive applications, and our efforts to develop software-defined memory solutions that can help maximize the value we provide.”

Netlist, Inc. (OTCMKTS: NLST) has a market cap of 71.08M and a float of 102.29M. This stock has the chance to go even higher as more indications are popping up that NLST will win a sizeable lawsuit. Sign-up for continuing coverage on shares of $NLST stock, as well as other hot stock picks, get our free newsletter today and get our next breakout pick!

Disclosure: we hold no position in $NLST, either long or short, and we have not been compensated for this article.