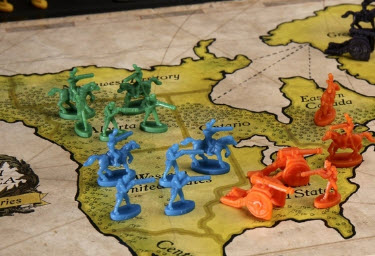 One of the more interesting and less talked-about names in the cannabis patch is Medmen Enterprises Inc (OTCMKTS:MMNFF). What we like about this one is that is so completely focused on the US market. The company has been making moves in the southeastern US, and now is shifting gears to go after the Southwest.

As a case in point, the company just announced that it has signed a definitive agreement with WhiteStar Solutions LLC to acquire control of Monarch, a Scottsdale, Arizona-based licensed medical cannabis license holder with dispensary, cultivation and processing operations through the acquisition of Omaha Management Services, LLC. According to the release, “In addition, MedMen will acquire from WhiteStar their exclusive co-manufacturing and licensing agreements with Kiva, Mirth Provisions and HUXTON for the state of Arizona.”

As noted above, MMNFF shares look interesting both due to the constructive pullback we are seeing on the chart as well as the company’s aggressive move to secure geographic diversification in the US market. In all, recent action has seen about a 20% pullback to support established at the 50-day simple moving average.

“Our strategy has been to establish our brand in the primary markets of California, Nevada and New York,” said Adam Bierman, MedMen chief executive and co-founder. “We have a leading presence in those primary markets and we are now ready to expand our reach. Arizona, with its robust medical marijuana program and connectivity to California and Nevada where our brand is already strong, makes this a great fit.”

Now commanding a market cap of $293.81M, MMNFF as about $12.2M in cash on the books, which must be weighed relative to a mountain of over $86M in total current liabilities. The company has been pulling in significant revenues, with over $7M in Q1 of this year, representing over 630% quarterly y/y growth on the top line. We will update the story again soon as developments transpire. Sign-up for continuing coverage on shares of $MMNFF stock, as well as other hot stock picks, get our free newsletter today and get our next breakout pick!