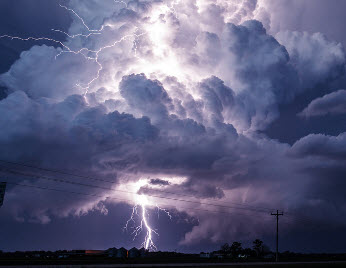 If you’re looking for big cannabis plays that have the potential to play some catch-up to the cannabis boom we have logged since July, then you could do a lot worse than Terra Tech Corp (OTCMKTS:TRTC). Shares of the company just popped back above the 50-day simple moving average on strong volume to close out last week, marking the first such breakout in over a month.

In addition, the company just announced it has purchased a retail property in downtown Las Vegas, located at 121 North Fourth Street. As noted in the release, the Company plans to convert the building into a Blüm retail dispensary, focused on providing the highest quality medical and adult use cannabis to the Nevada market. That’s a new catalyst and a mark of aggressive expansion – a step in the right direction, to be sure.

As noted above, TRTC just announced it has purchased a retail property in downtown Las Vegas, located at 121 North Fourth Street. In all, the chart shows 21% added to share values of the listing over the past month of action, but that move comes in the context of a larger bearish trend.

In addition, the name has witnessed a pop in interest, as transaction volume levels have recently pushed 66% above its longer-run average levels.

Derek Peterson, CEO of Terra Tech, stated, “We remain committed to growing our footprint in Nevada, which remains a lucrative market for the cannabis sector. The building is located in the heart of the booming Downtown Las Vegas trade area, an area in which we did not previously have a presence but which benefits from high foot traffic. Last year, 32 percent of the visitors to Las Vegas visited the downtown area. Of those, 59 percent said the main reason was to visit the Fremont Street Experience. We are pleased to have secured this building, which has great street-front visibility, and expect that, once it has been rebranded and fully-licensed under our recognizable Blüm brand, it will contribute meaningfully to the Company’s revenue growth.”

Now commanding a market cap of $157.33M, TRTC has a significant war chest ($5.2M) of cash on the books, which compares with about $6M in total current liabilities. TRTC is pulling in trailing 12-month revenues of $38.5M. In addition, the company is seeing major top-line growth, with y/y quarterly revenues growing at 11.2%. This is an exciting story, and we look forward to a follow-up chapter as events transpire. Sign-up for continuing coverage on shares of $TRTC stock, as well as other hot stock picks, get our free newsletter today and get our next breakout pick!