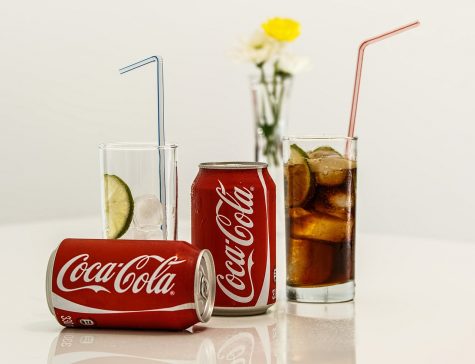 Puration Inc (OTCMKTS:PURA), the tiny CBD-infused water company, is now under the spotlight as the CEO made mention in an interview that LA Libations, the innovation arm of Coca-Cola, is showing interest in the company’s Everx CBD Sports Water.

Beverages are one of the key segments in the cannabis industry to watch as they could have instant market appeal sending the cannabis industry into every household. Of course, after this news made the rounds, the stock shot up more than 1000%. Prior to the announcement, PURA was trading around a nickel and now a share will cost you $0.20.

Puration Inc (OTCMKTS:PURA) bills itself as a company that has been a water purification company. PURA is involved in the design, development, engineering, production, marketing, and distribution of personal and group systems that filter, purify, clean, extract or otherwise improve the quality of water on a cost-effective, affordable basis, with a minimum of environmental impact.

PURA operates a U.S. Patented Cannabis Extraction process and sells its extracts for infusion into a variety of consumer products to include beverages, foods, nutritional supplements, and cosmetics.

Find out when $PURA stock reaches critical levels. Subscribe to OracleDispatch.com Right Now by entering your Email in the box below.

According to the press release, PURA debuted its EVERx CBD Sports Water early last year at Arnold Schwarzenegger’s Arnold Sports Festival. EVERx has since become the leading CBD infused beverage in the sports nutrition marketplace. The company reported 600% sales growth in the second quarter of this year and recently announced a $1 million annual revenue benchmark being potentially within reach for 2018. The company has its first THC infused beverage, THCSavor, under development and has recently announced a letter of intent to acquire a company with a third cannabis sector beverage.  The acquisition is anticipated to be completed later this month.

Plus, PURA also announced it would be spinning off its cannabis cultivation business. According to the release, “The spinoff is part of the overall strategy for Puration to concentrate ongoing business development efforts on the company’s flourishing cannabis-infused beverage business. The spinoff announced last week has been effected through the execution of a securities exchange agreement with Nouveau Life Pharmaceuticals, Inc., (OTC: NOUV). PURA has sold its cannabis cultivation business in exchange for a convertible purchase note issued by NOUV. All of the NOUV common shares issued in conversion of the purchase note are slated for distribution to PURA shareholders in a dividend distribution following a recapitalization of NOUV.”

Carrying a capital value in the market of $10.15M, PURA has a solid balance sheet and plenty of momentum. The bulls will leave the stock if more news does not come out soon, but this might be one to hold onto as all of cannabis might be lifted as Legalization looms across the border. We will update the story again as soon as further details emerge. Sign-up for continuing coverage on shares of $PURA stock, as well as other hot stock picks, get our free newsletter today and get our next breakout pick!