Is it Time to Celebrate for Aphria Inc (OTCMKTS:APHQF) Shareholders? 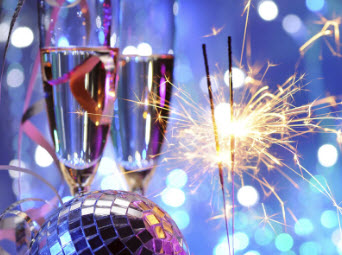 Just after Aurora jumped over the NYSE, we put out a piece stating that Aphria Inc (OTCMKTS:APHQF) would be quick to follow in its footsteps. It fits the profile, with a major capacity operation well-established, a fortress balance sheet, massive growth, and no red flags in the books. That’s why we certainly were not surprised when we saw this: The company just announced that its common shares have been approved for listing on the New York Stock Exchange and will commence trading effective the open of markets on November 2, 2018.

“Listing on the NYSE provides Aphria with access to the largest equity market in the world, with increased exposure to a vast array of US institutional and retail investors. This strategic move aligns directly with our growth ambitions as we enter an elite peer group of respected, high-profile corporate brands listed on the NYSE,” said Vic Neufeld, Aphria CEO.

As noted above, APHQF just announced that its common shares have been approved for listing on the New York Stock Exchange and will commence trading effective the open of markets on November 2, 2018. In all, we’ve witnessed 6% during the past week in terms of shareholder gains in the listing. Furthermore, the company has witnessed a pop in interest, as transaction volume levels have recently pushed 97% above the average volume levels in play in this stock over the longer term.

Mr. Neufeld added: “We are excited to usher in a new era with the recent legalization of adult-use cannabis in Canada and as we aim to further expand our footing in exciting markets such as Latin America, the Caribbean and Europe. Aphria is well-positioned to capitalize on this fast-growing industry.”

Now commanding a market cap of $3B, APHQF has a significant war chest ($314M) of cash on the books, which is balanced by about $54.9M in total current liabilities. One should also note that debt has been growing over recent quarters. APHQF is pulling in trailing 12-month revenues of $44.1M. In addition, the company is seeing major top-line growth, with y/y quarterly revenues growing at 117.2%. This may be a very interesting story and we will look forward to updating it again soon. Sign-up for continuing coverage on shares of $APHQF stock, as well as other hot stock picks, get our free newsletter today and get our next breakout pick!