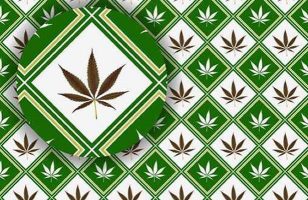 VYNE Therapeutics Inc. (VYNE) shares are trading at higher $1.72 and the avg recommendation for the stock is Moderate Buy. To add more color...
Read more

One of the more important benchmark moments for the cannabis patch hit this week when Canopy Growth Corp (NYSE:CGC) announced its consolidated financial results for the second quarter fiscal 2019 ended September 30, 2018. Our sense of the numbers reveal strong growth and steady expansion. But the timing of the results were tough, coming just 18 hours after Tilray’s ugly report and disappointing conference call, which served as a stark reminder of how fragile the cannabis space may be for the bigger names given that the supposed cap of the pyramid is operating on such shaky foundations. But Canopy looks to be in much better shape.

Canopy Growth Corp (NYSE: CGC) is one of the bigger growers in the industry. The company produces and sells medical marijuana in Canada. It offers dry cannabis and oil products primarily under the Tweed and Bedrocan brands. It also sells its products online.

Find out when $CGC reaches critical levels. Subscribe to OracleDispatch.com Right Now by entering your Email in the box below.

Commentary from management focused on the huge growth potential ahead as the cannabis industry becomes increasingly a global marketplace.

“With extensive investments over the past year, including most notably in the second quarter, in branding and retail development, our entrance into the retail cannabis market has been a success with our SKU assortment obtaining over 30% listings market share in multi-store physical retail store networks nationwide. With substantial product inventories on hand, new product formats coming to market as planned, a captive sales force driving increased demand through physical retail stores and increasing internal and channel efficiencies, we believe based on market conditions today that we will attain significant and sustainable market share of the Canadian recreational market,” Bruce Linton, Chairman & Co-CEO, Canopy Growth.

The chart shows a -30% drop during the past week. What’s more, the company has registered increased average transaction volume recently, with the past month seeing a bit over 120% beyond what we have been seeing over the larger time frame.

During the quarter, Canopy Growth secured capital via a strategic $5 billion investment from Fortune 500 beverage leader Constellation Brands, which closed subsequent to the quarter.

According to the company, these funds will be deployed towards the Company’s core strategic objectives of (i) intellectual property development, and (ii) replicating the Company’s Canadian platform for success across a large number of international markets. These objectives will be achieved through international acquisitions as well as continued internal investments across the globe.

Earning a current market cap value of $11.59B, CGC has a significant war chest ($659.8M) of cash on the books, which stands against about $130.6M in total current liabilities. One should also note that debt has been growing over recent quarters. CGC is pulling in trailing 12-month revenues of $88M. In addition, the company is seeing major top-line growth, with y/y quarterly revenues growing at 63.3%. You can bet we will update this one again as new information comes into view. Sign-up for continuing coverage on shares of $CGC stock, as well as other hot stock picks, get our free newsletter today and get our next breakout pick!

Disclosure: we hold no position in $CGC, either long or short, and we have not been compensated for this article.

Is the Rough Ride Over for STMicroelectronics N.V. (STM)

STMicroelectronics N.V. (STM) shares are trading at higher $39.55 and the avg recommendation for the stock is Moderate Buy, while the current analyst price...
Read more
Opinion

British American Tobacco p.l.c. (BTI) shares are trading at higher $35.85 and the avg recommendation for the stock is Strong Buy, while the current...
Read more
Investing

Apollo Global Management Inc. (APO) shares are trading at higher $43.87 and the avg recommendation for the stock is Moderate Buy, while the current...
Read more
Wall Street Daily

Empire State Realty Trust Inc. (ESRT) shares are trading at higher $9.70 and the avg recommendation for the stock is Moderate Buy, while the...
Read more
ORACLEDISPATCH