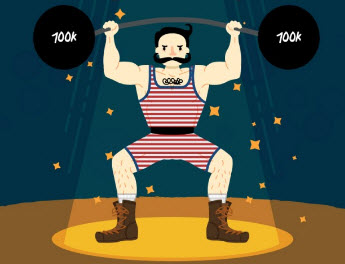 We continue to view Marimed Inc (OTCMKTS:MRMD) as one of the most interesting stories in the cannabis space right now, given the stock’s combination of a genuine under-the-radar feel and its clear sector outperformance. To that end, the company just reported its Q3 financial numbers, which helped to hold it above all of its major technical markers, including both major moving averages.

As noted above, MRMD just announced its Q3 data. In all, the chart shows 10% tacked on to share pricing for the name in the past month. Furthermore, the listing has seen a growing influx of trading interest, with the stock’s recent average trading volume running 29% above the average volume levels in play in this stock over the longer term.

“Our results this quarter reflect the execution of our original business strategy and success of our licensed cannabis clients under MariMed’s professional management in multiple states,” said Robert Fireman, CEO of MariMed Inc. “With consistent investment to expand our footprint, and our new Massachusetts and Maryland facilities generating leasing, management and product licensing revenue, plus strong execution on product sales, we achieved better than expected performance in each of these areas.”

At this time, carrying a capital value in the market of $904.45M, MRMD has a significant war chest ($5.1M) of cash on the books, which must be weighed relative to about $16.1M in total current liabilities. MRMD is pulling in trailing 12-month revenues of $10M. In addition, the company is seeing major top-line growth, with y/y quarterly revenues growing at 97.7%. As more color becomes clear on the name, we will review the situation and update our take. Sign-up for continuing coverage on shares of $MRMD stock, as well as other hot stock picks, get our free newsletter today and get our next breakout pick!