The Bear Trap May be Set Now in Medmen Enterprises Inc (OTCMKTS:MMNFF) 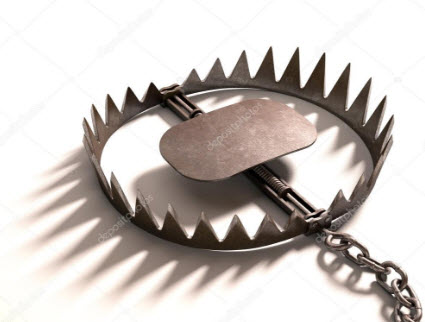 As we noted a few days ago, the recent capital raise by Medmen Enterprises Inc (OTCMKTS:MMNFF) would likely cause a market opportunity for those looking to pick up the stock on the cheap. One more factor in defining this scenario is the company’s recent communication about its further market share grab in California.

Specifically, the company just announced that Captor Capital Corp. (USOTC:NWURF) has signed a definitive agreement to sell the retail operations and license for a dispensary location in Santa Ana, California, through an all-stock transaction with MedMen valued at approximately US$16 million. According to the release, the store is currently MedMen branded and managed. Hence, we wouldn’t think this move should shift anything about the growth or current market positioning of the asset.

As noted above, MMNFF just announced that Captor Capital Corp. (USOTC:NWURF) has signed a definitive agreement to sell the retail operations and license for a dispensary location in Santa Ana, California, through an all-stock transaction with MedMen valued at approximately US$16 million.

Recent action has seen a bit less than -20% ripped from shareholders of the stock over the past week. What’s more, the listing has benefitted from a jump in recent trading volume to the tune of 48% above its longer-run average levels.

Traders should note this as important given the stock’s tight trading float of just a tad more than 17M shares. Traders should not overlook this combination, as a jump in average daily transaction volume in a stock with a restricted float can unleash fireworks as supply is squeezed.

“Through the sale of this dispensary we have achieved a strong return on our original investment for our shareholders,” said Captor Capital CEO, John Zorbas. “With the completion of this divestment, Captor will continue upon our strategy of owning and developing a new set of self-operated retail store brands to support our cultivation, manufacturing, and distribution operations.”

Earning a current market cap value of $1.56B, MMNFF has about $12.2M in cash on the books, which must be weighed relative to a mountain of over $86M in total current liabilities. The company has been pulling in significant revenues, with over $7M in Q1 of this year, representing over 630% quarterly y/y growth on the top line. We will update the story again as soon as developments transpire. Sign-up for continuing coverage on shares of $MMNFF stock, as well as other hot stock picks, get our free newsletter today and get our next breakout pick!