Is it Finally Time to Shine for Hemp Inc (OTCMKTS:HEMP)? 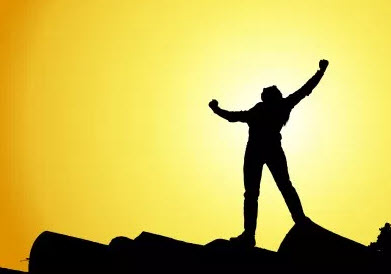 One stock that just leaped higher to close out last week is Hemp Inc (OTCMKTS:HEMP). The stock is a pure play on the Farm Bill, which is working its way through Congress and promises to have critical implications for the hemp industry. To highlight this, the company just announced that a tentative agreement has been reached by the Senate Agriculture Committee on the 2018 Farm Bill, meaning the U.S. could federally legalize hemp growing, production and distribution by as early as next week.

According to the release, “Despite a months-long stalemate on aspects of the Farm Bill, important legislators have stated that they have come to tentative agreement on the outstanding issues of the bill, which means the bill is expected to pass well before the end of 2018. When passed, the bill will allow states to regulate hemp, as well as allow hemp researchers to apply for grants from the Agriculture Department and make hemp farmers eligible for crop insurance.”

As noted above, HEMP just announced that a tentative agreement has been reached by the Senate Agriculture Committee on the 2018 Farm Bill, meaning the U.S. could federally legalize hemp growing, production and distribution by as early as next week. In all, recent action has seen 39% piled on for shareholders of the stock during the trailing week.

In addition, the listing has seen interest climb, with an increase in recent trading volume of 110% beyond its prior sustained average level.

“This is an exciting update regarding the expected passage of the 2018 Farm Bill, which would include provisions to legalize industrial hemp,” said Hemp, Inc. CEO Bruce Perlowin. “McConnell has confirmed that the provision legalizing hemp as an agricultural commodity will be included in the final version of the bill, which will allow hemp farmers across the country to commence their trade. As these legal avenues create new opportunities to join the hemp movement, Hemp, Inc. continues to further expand its footprint by entering new markets and working with farmers across the nation.”

Earning a current market cap value of $24.88M, HEMP has a stash ($1.4M) of cash on the books, which stands against about $1M in total current liabilities. One should also note that debt has been growing over recent quarters. HEMP is pulling in trailing 12-month revenues of $400K. In addition, the company is seeing major top-line growth, with y/y quarterly revenues growing at 248.3%. This may be a very interesting story and we will look forward to updating it again soon. Sign-up for continuing coverage on shares of $HEMP stock, as well as other hot stock picks, get our free newsletter today and get our next breakout pick!