Why MiMedx Group Inc (OTCMKTS:MDXG) is Currently Battling the Elements 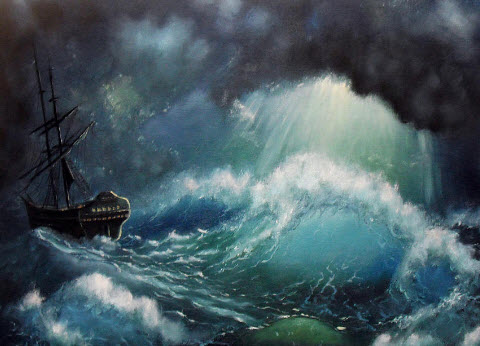 If you’re wondering why things have been so rough lately for MiMedx Group Inc (OTCMKTS:MDXG), then wonder no more. This is a pretty straightforward story. The main thrust of the story is about lack of confidence in the market. You see, the company just announced that, on December 4, 2018, Ernst & Young LLP informed the Company’s Audit Committee that it has resigned from the engagement to audit the Company’s financial statements for the years ended December 31, 2017 and 2018, effective immediately.

According to the release, “Additional information about Ernst & Young LLP’s resignation will be included in a Form 8-K to be filed with the SEC no later than December 11, 2018.” That’s Tuesday, for anyone keeping close score.

Its products have applications in the areas of wound care, burns, surgery, orthopedics, spine, sports medicine, ophthalmology, and dentistry. The company sells its products through direct sales force, and independent stocking distributors, and third party representatives in the United States, as well as independent distributors internationally. MiMedx Group, Inc. is headquartered in Marietta, Georgia.

Find out when $MDXG reaches critical levels. Subscribe to OracleDispatch.com Right Now by entering your Email in the box below.

As noted above, MDXG just announced that, on December 4, 2018, Ernst & Young LLP informed the Company’s Audit Committee that it has resigned from the engagement to audit the Company’s financial statements for the years ended December 31, 2017 and 2018, effective immediately.

That announcement has been met with selling. In all, shares of the stock are now down a total of about -62% over the past five days of trading. Furthermore, the company has seen a jump in recent trading volume to the tune of just shy of 160% beyond what we have been seeing over the larger time frame.

Generally speaking, this is the last type of news shareholders want to see. The resignation of a third-party auditor is as bad a red flag as you could ever dream up. It’s a bit like this: imagine you were betting on whether or not a buddy of yours was going to be able to drive his car cross country in a short span of time. Then, he takes his car to a mechanic shop before the trip for a tune-up, and the mechanic takes a look under the hood and then refuses to even work on the car further. How would you feel about that bet?

That suggests sentiment on the stock is now going to be about bad as possible. However, as in all such situations, when sentiment is bottoming, the stock might be, too. So, if anything changes here to suddenly reinforce confidence in the company, a snapback in shares is plausible.

Earning a current market cap value of $127.69M, MDXG has a significant war chest ($36.5M) of cash on the books, which compares with about $35.2M in total current liabilities. MDXG is pulling in trailing 12-month revenues of $303.5M. In addition, the company is seeing major top-line growth, with y/y quarterly revenues growing at 31.3%. This may be a very interesting story and we will look forward to updating it again soon. Sign-up for continuing coverage on shares of $MDXG stock, as well as other hot stock picks, get our free newsletter today and get our next breakout pick!

Disclosure: we hold no position in $MDXG, either long or short, and we have not been compensated for this article.