Why Green Thumb Industries Inc (OTCMKTS:GTBIF) Has Taken Flight in 2019 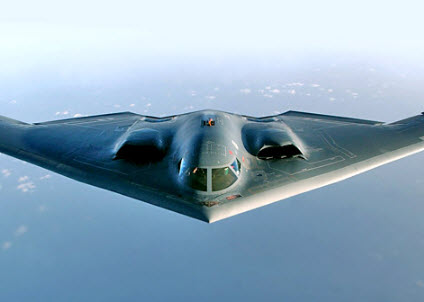 With the turning of the new year, we have finally shed the shackles of tax loss selling for those who bought into the cannabis space following the legalization of recreational pot in Canada back in October, which has led to a series of jumps for stocks in the space following Jan 1, such as Green Thumb Industries Inc (OTCMKTS:GTBIF). Shares of the stock are up 57% so far this year – not bad at all. To add more color, the company just announced that it has signed a definitive agreement to acquire Advanced Grow Labs LLC (AGL) and enter the Connecticut market.

According to the release, “AGL is one of only four companies in Connecticut licensed to grow and process cannabis. The Connecticut-based cannabis company operates a 41,000 square foot manufacturing facility in West Haven with the potential to expand. In addition, AGL has a 46 percent ownership of a recently-awarded dispensary that will be located in Westport which makes it the only vertically licensed company in the state. AGL produces and distributes a wide range of cannabis products to every operating store in the state.”

As noted above, GTBIF just announced that it has signed a definitive agreement to acquire Advanced Grow Labs LLC (AGL) and enter the Connecticut market.

Traders will note 46% during the past week in terms of shareholder gains in the company. What’s more, the company has witnessed a pop in interest, as transaction volume levels have recently pushed 50% above its longer-run average levels. It pays to take note of this fact with the stock trading on a float that is tiny at just 325K shares. One is wise to respect the dynamic this may create — a mechanically driven price squeeze can result from this type of mix of small float and ramping attention from traders.

“We are thrilled that AGL is joining the GTI team and look forward to continuing to serve Connecticut communities with high-quality cannabis products,” said GTI Founder and Chief Executive Officer Ben Kovler. “AGL is a highly successful company in a limited license state with a fantastic management team that will continue to run the business. We are full steam ahead executing on GTI’s expansion plans as we look to create shareholder value. This transaction is an example of that given the attractive multiples. In the past two months alone, we announced the acquisition of Nevada-based Integral Associates; were awarded additional retail licenses for 12 stores in Pennsylvania; and entered the New Jersey market with a cultivation, processing and retail license win. We are now solidly positioned in the tri-state area with our entry into Connecticut via AGL. The momentum is strong.”

Currently trading at a market capitalization of $1.75B, GTBIF has about $112M in cash on the books, which stands against about $9.3M in total current liabilities. The company has pulled in about $14M in revenues on a TTM basis. As more color becomes clear on the name, we will review the situation and update our take. Sign-up for continuing coverage on shares of $GTBIF stock, as well as other hot stock picks, get our free newsletter today and get our next breakout pick!