Why Shares of ICC International Cannabis Corp (OTCMKTS:KNHBF) Have Been Sparked Into Action 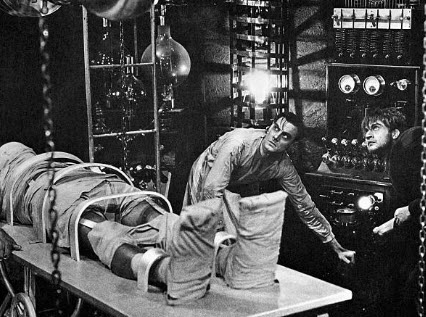 Traders looking for a serious burst of recent strength in the cannabis space should take a look at ICC International Cannabis Corp (OTCMKTS:KNHBF). Shares of the stock are up nearly 50% in the past week on a major jump in volume, with a clear breakout above the 50-day moving average. The move comes on the heels of the company’s announcement in December that its exclusive European distribution partner, Cosmos Holdings, Inc., has acquired Greek pharmaceutical wholesaler, Cosmofarm Ltd. This potentially gives the company some degree of access to the fast-growing EU market.

According to the release, “Established in 1994, Athens based Cosmofarm provides a comprehensive range of pharmaceutical products to over 1,130 pharmacies. Cosmofarm has been authorized and endorsed by Greece’s National Organization for Medicines under Good Distribution Practices to distribute over-the-counter pharmaceuticals, natural and health food supplements, as well as branded and generic medicines.”

ICC International Cannabis Corp (OTCMKTS:KNHBF) frames itself as a company that engages in the cannabis business in Canada and internationally.

It holds a license to cultivate, manufacture, supply, hold, import, export, and transport cannabis and derivative products; and engages in procuring and distributing medical cannabis products and cannabis derivatives.

ICC International Cannabis Corp. was incorporated in 2006 and is headquartered in Vancouver, Canada.

International Cannabis previously acquired 13 hectares of optimal agricultural land located in Funza, the heart of the Bogota savanna, which is also one of the safest areas in Colombia. It is conveniently located within a 20-kilometer drive to Bogota’s international airport. The lease on this land has been prepaid for a period of 10 years.

As the company notes, “ICC International Cannabis, through its subsidiaries, has agreements in place for European-based pharmaceutical distribution, wholesale importation, and research and development, as well as licenses to cultivate, produce, distribute, store and export cannabis, cannabis derivatives and industrial hemp in Colombia, Denmark, Poland, Greece, Portugal, South Africa and the Kingdom of Lesotho.”

Find out when $KNHBF reaches critical levels. Subscribe to OracleDispatch.com Right Now by entering your Email in the box below.

As noted above, KNHBF just announced that its exclusive European distribution partner, Cosmos Holdings, Inc., has acquired Greek pharmaceutical wholesaler, Cosmofarm Ltd. As noted in the release, Cosmofarm is equipped with an extensive supplier network of approximately 250 pharmaceutical manufacturers and realized sales of nearly US$14 million for the fiscal year 2017. Cosmofarm is in the process of relocating its operations to a new 32,000 square foot facility, increasing its manufacturing capacities by 2,000%. The facility’s state-of-the-art manufacturing operations include a robotic fulfillment center and will significantly improve Cosmofarm’s scaling and distribution capabilities.

Recent action has seen 75% piled on for shareholders of the name during the trailing week. What’s more, the name has seen a growing influx of trading interest, with the stock’s recent average trading volume running above 100% over the long run average.

Eugene Beukman, chief executive officer and a director of International Cannabis, stated: “International Cannabis applauds the acquisition of Cosmofarm, which further augments the Company’s robust European distribution capabilities. Cosmofarm is a rapidly growing wholesaler with embedded shared-values of innovation and high-quality distribution. This transaction is once again demonstrative of International Cannabis’ mandate of creating sustainable shareholder value, through the strategic acquisition of revenue generating assets. The Company will leverage Cosmofarm’s distribution channels and robotic fulfillment centre to facilitate its growing pipeline of purchase orders in 2019.”

Earning a current market cap value of $104.95M, KNHBF has about $7.6M in cash on the books, which stands against about $1.04M in total current liabilities. The company pulled in about $150K in sales last quarter. As more color becomes clear on the name, we will review the situation and update our take. Sign-up for continuing coverage on shares of $KNHBF stock, as well as other hot stock picks, get our free newsletter today and get our next breakout pick!

Disclosure: we hold no position in $KNHBF, either long or short, and we have not been compensated for this article.