Why Marimed Inc (OTCMKTS:MRMD) has been Back on Fire 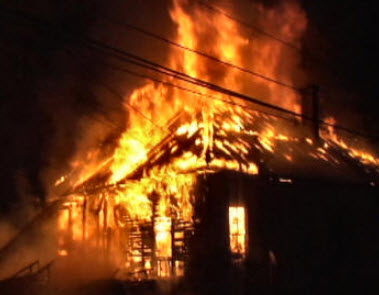 Shares of Marimed Inc (OTCMKTS:MRMD) have roared back to life so far in 2019, basing off support at the 200-day MA and then breaking sharply above the 50-day MA. That puts the critical $5/share level back in play. To further flesh out the story, the company just announced the formation of MariMed Hemp, Inc., a wholly-owned subsidiary to be entirely focused on hemp-derived CBD products. MariMed Hemp will have a dedicated executive team, proprietary brand and product lines, and distribution and marketing relationships, all separate from MariMed’s core cannabis business.

According to the release, “The subsidiary builds on MariMed’s recent investment in GenCanna Global, a leader in high-quality, fully compliant hemp cultivation and processing which is acclaimed for its genetics, proprietary cultivation practices and best in class processing procedures that produce world-class GMP-quality CBD isolates and oils. GenCanna anticipates planting and processing over 10,000 acres of hemp in 2019, making it one of the nation’s largest hemp producers and the key supplier of hemp CBD oil to MariMed Hemp.”

These facilities are models of excellence in horticultural principals, cannabis production, product development, and dispensary operations. MariMed is at the forefront of precision-dosed cannabis medicine for the treatment of specific medical conditions. MariMed branded products are being licensed and distributed in legal cannabis states across the country.

As noted above, MRMD just announced the formation of MariMed Hemp, Inc., a wholly-owned subsidiary to be entirely focused on hemp-derived CBD products. MariMed Hemp will have a dedicated executive team, proprietary brand and product lines, and distribution and marketing relationships, all separate from MariMed’s core cannabis business.

The chart shows 35% during the past month in terms of shareholder gains in the company. Furthermore, the listing has seen a growing influx of trading interest, with the stock’s recent average trading volume running 21% above its longer-run average levels.

“With the recent signing of the U.S. Farm Bill that declared hemp fully legal at the federal level, we believe the hemp CBD industry may grow even faster than the cannabis industry,” said Robert Fireman, CEO of MariMed. “Consumers and retailers alike seek the highest quality, trustworthy products. While many niche players may try to compete, the reality is that only a handful of suppliers can reliably deliver top-quality CBD products at scale that can serve the needs of major retailers.”

Now commanding a market cap of $844.72M, MRMD has a significant war chest ($6M) of cash on the books, which must be weighed relative to about $12.9M in total current liabilities. MRMD is pulling in trailing 12-month revenues of $10M. In addition, the company is seeing major top-line growth, with y/y quarterly revenues growing at 97.7%. We will update the story again as soon as developments transpire. Sign-up for continuing coverage on shares of $MRMD stock, as well as other hot stock picks, get our free newsletter today and get our next breakout pick!