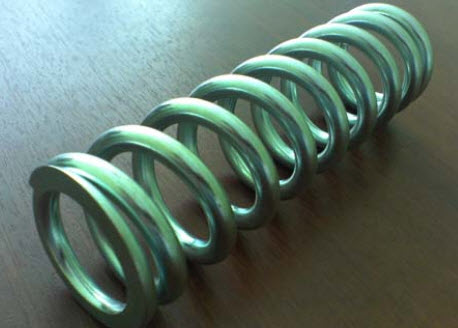 Omega Healthcare Investors Inc. (OHI) shares are trading at higher $34.75 and the avg recommendation for the stock is Moderate Buy, while the current...
Read more
Wall Street Daily

Silvercorp Metals Inc. (SVM) shares are trading at lower $6.62 and the avg recommendation for the stock is Moderate Buy, while the current analyst...
Read more
Wall Street Daily

Vroom Inc. (VRM) shares are trading at higher $37.22 and the avg recommendation for the stock is Strong Buy, while the current analyst price...
Read more
Wall Street Daily

Hudson Pacific Properties Inc. (HPP) shares are trading at higher $26.93 and the avg recommendation for the stock is Moderate Buy, while the current...
Read more

An interesting stock to watch in the CBD space right now is Wayland Group Corp (OTCMKTS:MRRCF). A big part of this developing and evolving picture is its recent deal with ICC International Cannabis Corp. (OTC:WLDCF). In fact, after signing a letter of intent with Wayland, the two companies will begin integration of its extraction and distillation processes, in addition to finished dose manufacturing of CBD products for the European market. This could be an important catalyst that continues to define the action here.

According to the release, “Wayland’s 125,000 kg supply of CBD flowers for extraction will be processed in International Cannabis’ Polannabis operations and finished into distillate. Leveraging Wayland’s patented Vesisorb formulations, Cosmos Holdings will then manufacture finished dose CBD products, including oral tablets in its EU-GMP certified facilities in Greece. Wayland’s patented Vesisorb formulations have been demonstrated to increase absorption of fat-soluble drugs by up to seven times, compared to those without.”

Wayland Group Corp (OTCMKTS:MRRCF) frames itself as a company that produces and sells medical and non-medical cannabis for cannabis patients and consumers in Canada and internationally.

It offers a range of CBD, balanced, and THC strains under the Kiwi, Northern Harvest, High Tide, Lost at Seed, Solara C, Rare Dankness, and Maricann names. The company was founded in 2013 and is headquartered in Burlington, Canada. Wayland Group is a subsidiary of Maricann Group Inc.

Founded in 2013 in Langton, Ontario, Wayland Group Inc. is a publicly traded medical cannabis company that serves thousands of patients.

The company is currently expanding its cultivation, extraction, analytics and production facilities to elevate offerings and prepare for growth into the adult-use cannabis market in Canada, and ultimately into mature and developing cannabis markets worldwide.

According to company materials, “Wayland is a vertically integrated cultivator and processor of cannabis. The Company was founded in 2013 and is based in Burlington, Ontario, Canada and Munich, Germany, with production facilities in Langton, Ontario where it operates a cannabis cultivation, extraction, formulation, and distribution business under federal licenses from the Government of Canada. The Company also has production operations in Dresden, Saxony, Germany, Regensdorf, Switzerland, Allesandria, Piedmont, Italy and Ibague, Colombia. Wayland will continue to pursue new opportunities globally, including the consummation of its previously announced transactions in the United Kingdom, Australia and Argentina, in its effort to enhance lives through cannabis.”

Find out when $MRRCF reaches critical levels. Subscribe to OracleDispatch.com Right Now by entering your Email in the box below.

As noted above, MRRCF will begin integration of its extraction and distillation processes with ICC, in addition to finished dose manufacturing of CBD products for the European market.

The chart shows 43% during the past month in terms of shareholder gains in the listing. Furthermore, the stock has registered increased average transaction volume recently, with the past month seeing 55% beyond its prior sustained average level.

At this time, carrying a capital value in the market of $214.71M, MRRCF has a significant war chest ($14M) of cash on the books, which compares with about $16.6M in total current liabilities. One should also note that debt has been growing over recent quarters. MRRCF is pulling in trailing 12-month revenues of $2.7M. However, the company is seeing declines on the top-line on a quarterly y/y basis, with revenues falling at -68.8%. We will update the story again soon as further details emerge. Sign-up for continuing coverage on shares of $MRRCF stock, as well as other hot stock picks, get our free newsletter today and get our next breakout pick!

Disclosure: we hold no position in $MRRCF, either long or short, and we have not been compensated for this article.

Ur-Energy Inc. (URG) shares are trading at higher $0.52 and the avg recommendation for the stock is Moderate Buy. To add more color to...
Read more
Sector News

PagSeguro Digital Ltd. (NYSE:PAGS) Stock is Soaring, Here is Why

PagSeguro Digital Ltd. (PAGS) shares are trading at higher $44.00 and the avg recommendation for the stock is Moderate Buy, while the current analyst...
Read more
Opinion

Seritage Growth Properties (SRG)’s Stock is Jumping, Here is Why

Seritage Growth Properties (SRG) shares are trading at higher $16.67. To add more color to this target, the company’s high over the last year...
Read more
Investing

Can We Expect More Volatility From iHeartMedia Inc. (IHRT)?

iHeartMedia Inc. (IHRT) shares are trading at higher $11.87 and the avg recommendation for the stock is Moderate Buy, while the current analyst price...
Read more
Wall Street Daily

When Will Yum China Holdings Inc. (YUMC) Slow Down

Yum China Holdings Inc. (YUMC) shares are trading at lower $59.84 and the avg recommendation for the stock is Strong Buy, while the current...
Read more
ORACLEDISPATCH