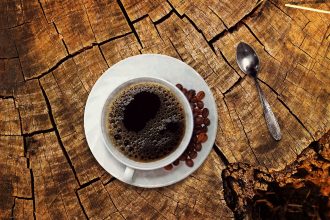 BARISTAS COFFEE/SH NEW (OTCMKTS: BCCI) is ready for the Super Bowl as the company’s new CBD-coffee product. EnrichaRoast CBD is now able to be sold nationwide as the new Hemp Bill has passed, and now the company has snuck their ad into the Super Bowl lineup. OTC publications speculate that the commerical got past the network censors because of the passage of the Farm Bill. So, BCCI will have two ads during the Super Bowl that will feature its bestselling White Coffee but also its new EnrichaRoast CBD Coffee

Barry Henthorn CEO stated: “It is not only exciting to be introducing our products to a whole new audience, but to be able to connect people with Maroon 5 in a unique way commemorating their performance along with the historic introduction of the newly federally legal Baristas EnrichaRoast CBD hemp derivative coffee is an honor.”

BARISTAS COFFEE/SH NEW (OTCMKTS: BCCI) is a national Coffee Company that is recognized throughout the US. It currently produces and sells coffee related products under the Baristas brand. The Baristas White Coffee single serve cups compatible with the Keurig 2.0 brewing system is the bestselling product in its category. Baristas also markets other coffee related products. Baristas gained mainstream exposure when it became the subject of “Grounded in Seattle” the reality show special feature which aired on WE tv. It has been featured nationally including during Shark Tank on CNBC with Front Montgomery, CNN, ESPN, Food Network, Cosmopolitan Magazine, Forbes Magazine, Modern Living with Kathy Ireland, Sports Illustrated, NFL Monday and Thursday Night Football with Megs McLean, and other notable media.

Find out when $BCCI reaches critical levels. Subscribe to OracleDispatch.com Right Now by entering your Email in the box below.

Furthermore, the company has signed an advertising agreement with ReelTime Media that will result in the marketing of the company’s products at 61 NASCAR Sanctioned races.

“Having Baristas White Coffee, and our new EnrichaRoast CBD coffee ads at the Super Bowl will give us tremendous exposure. We are thankful to the NFL, ReelTime Media, and Canna Broadcast Media for making this possible. Baristas is growing its market awareness and expanding its product offerings.”

Furthermore, EnrichaRoast will now be available on a new online platform as part of the aggressive marketing campaign.

“This is an entirely new market expected to grow exponentially, and we are proud to be pioneers during this period of evolving American History. We will continue to evolve Baristas products while expanding our brand, as we design and create additional Baristas EnrichaRoast coffee and CBD products,” said Mr. Henthorn.

BARISTAS COFFEE/SH NEW (OTCMKTS: BCCI) has a market cap of $13.34M and 130.8M shares out. BCCI has some legs with the new CBD market, but the company will need to be able to show those sales when it comes time. We will be covering the company and see if they get a bump from the increased media coverage. Sign-up for continuing coverage on shares of $BCCI stock, as well as other hot stock picks, get our free newsletter today and get our next breakout pick!

Disclosure: we hold no position in $BCCI, either long or short, and we have not been compensated for this article.