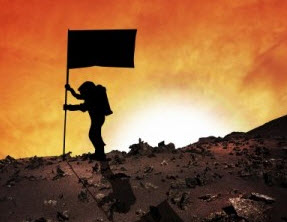 Apollo Global Management Inc. (APO) shares are trading at higher $43.87 and the avg recommendation for the stock is Moderate Buy, while the current...
Read more
Investing

Twilio Inc. (TWLO) shares are trading at higher $319.05 and the avg recommendation for the stock is Strong Buy, while the current analyst price...
Read more
Investing

9F Inc. (JFU) shares are trading at lower $1.64 and the avg recommendation for the stock is Hold. To add more color to this...
Read more
Investing

Asana Inc. (ASAN) shares are trading at higher $27.88 and the avg recommendation for the stock is Moderate Buy, while the current analyst price...
Read more

Without doubt, NaturalShrimp Inc (OTCMKTS:SHMP) has been the most dramatic high-volume success story on the OTC so far in 2019. The stock has taken off on increasing confidence that its long-term project – to create a system to grow commercial proportions of shrimp in specialized tanks on land. The big point here is this: the data is apparently starting to suggest the company is reaching success.

According to a recent article in the San Antonio Express-News, “After 18 years and $35.4 million in development, the founders of NaturalShrimp are convinced shrimp lot No. 180 at the company’s remote Medina County fish-tank complex is their aquaculture pay dirt. The translucent, beady-eyed crustaceans zooming through the salty water are now into their 22nd week of growth. They’re about 5 inches long and weigh about 18 grams apiece. They are gulping down food pellets dropped hourly with abandon, well on their way to a harvest weight of 23 grams.”

As noted above, SHMP shares have been rocketing higher as the media begins to process the idea that the company has finally hit on a workable environmentally safe way to conduct high-capacity shrimp-farming on land.

The chart shows just under 3400% added to share values of the stock over the past month of action. Furthermore, the name has witnessed a pop in interest, as transaction volume levels have recently pushed 260% beyond what we have been seeing over the larger time frame.

The big idea here is to radically alter the supply equation for the single biggest seafood market on the planet. While some folks like salmon and some like swordfish and some swear to fish-and-chips cod, everyone eats shrimp. It is the biggest seafood product across most of the world. The company has been working to get its model in place and established, and now it would appear as though the shrimp are viable with no need to involve the oceans in any way.

While the current run may be a little stretched, we would assume that the story will catch increasing attention as more and more folks come to understand the big idea in play here.

Earning a current market cap value of $162.46M, SHMP has virtually no cash on the books, which is balanced by about $6.4M in total current liabilities. The company is pre-revenue at this point. We will update the story again soon as further details emerge. Sign-up for continuing coverage on shares of $SHMP stock, as well as other hot stock picks, get our free newsletter today and get our next breakout pick!