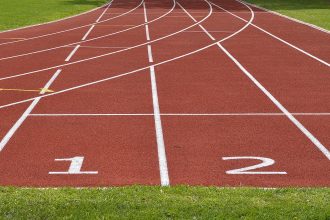 The Paychex Inc. (PAYX) shares are trading at lower $73.94 and the avg recommendation for the stock is Moderate Buy. The current analyst price...
Read more

India Globalization Capital, Inc. (OTCMKTS:IGCC) is proof that the media and news lifts the market. IGCC hit back against the NYSE’s decision to delist them, and this victory lifted the company off the basement floor. Since that announcement, IGCC has seen a 600% increase in price and 10-day volume averaging over 6M in shares traded.

IGCC was able to show evidence that they still were operating the business they originally listed. NYSE had to reverse their decision, and, of course, traders jumped back on board.According to the release, “In a written decision issued on February 20, 2019, a review panel of the Exchange unanimously ruled to set aside the Exchange’s October 29, 2018 decision to delist the Company’s common stock… In addition, the panel unanimously found that the Company provided evidence sufficient to rebut the Exchange’s claim that the Company or its management had engaged in conduct contrary to the public interest.”So, in the backdrop of this drama, IGCC actually released financials showingrevenues of $1.2 million for the third quarter ended December 31, 2018, compared to revenues of $762,000 for the same period in 2017. In addition, revenues for the nine months ended December 31, 2018, surged to $3.5 million compared to revenues of $1.1 million for the same period in 2017.

India Globalization Capital, Inc. (OTCMKTS:IGCC) frames itself as a company that engages in the development and commercialization of cannabis-based therapies to treat Alzheimer’s, pain, nausea, eating disorders, several end points of Parkinson’s, and epilepsy in humans, dogs, and cats.

The Medical Cannabis Based Alternative Therapies segment offers IGC-501 for indications of neuropathic pain; Serosapse for indications of Parkinson’s and other central nervous system disorders; Caesafin for seizures in cats and dogs; and Natrinol for indications of cancer and AIDS induced nausea and vomiting, as well as Hyalolex for Alzheimer’s patients.

The company was founded in 2005 and is based in Bethesda, Maryland.

According to company materials, IGC has two lines of business: infrastructure and hemp-derived medical cannabis//industrial hemp. The company is based in Maryland, U.S.A.

Find out when $IGCC reaches critical levels. Subscribe to OracleDispatch.com Right Now by entering your Email in the box below.

“We are very pleased that the Exchange procedures allowed us the opportunity to challenge the decision to delist and to present our case to a review panel. We are happy with the result, and we believe the decision accurately shows our efforts to continue and expand our operations within our two existing business lines: our infrastructure business operating primarily in Asia; and our legal medical cannabis business/industrial hemp in the United States and elsewhere,” stated Ram Mukunda, CEO.

Even in early trading this week, IGCC has shown strong upside. The stock has traded above the $10 mark, so there is room to run here.

IGCC has a market cap of 109.26M and is pulling in trailing 12-month revenues of $4.7M. In addition, the company is seeing major top-line growth, with y/y quarterly revenues growing at 68.6%. The stock is looking to keep the momentum up this week, and we will be watching closely.Sign-up for continuing coverage on shares of $IGCC stock, as well as other hot stock picks, get our free newsletter today and get our next breakout pick!

Disclosure: we hold no position in $IGCC, either long or short, and we have not been compensated for this article.