What’s Behind the Launch of For The Earth Corp (OTCMKTS:FTEG)? 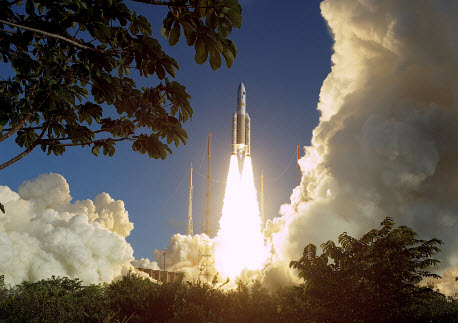 Probably the most interesting move on the OTC on Monday was the explosion higher in For The Earth Corp (OTCMKTS:FTEG). The catalyst appears to be the company’s announcement of its transition toward a vertically integrated CBD production and retailing business model. This is definitely a stock to watch here given the strong growth we have noted as laying in front of companies in this space this year and over the next three years. The CBD growth theme may really be in its infancy at this point. So, any company shifting aggressively toward a more intense and concentrated focus on this space deserves some attention.

To that end, FTEG just put forth a letter to shareholders that was quite revealing as far as the company’s plans looking forward. According to the release, “Our vision matches up with our financial reality and our market opportunity analysis in a very compelling manner, and we couldn’t be more excited as we look ahead at coming quarters. Today, I would like to outline that vision, what we are doing about it, and how we plan to frame that message to the marketplace. The CBD market is expected to grow by enormous multiples over the next three years. According to our analysis, we can maximize our shareholders’ ability to benefit from that growth as it blossoms by establishing ourselves as an integrated vertical CBD organization now.”

For The Earth Corp (OTCMKTS:FTEG) bills itself as an emerging integrated CBD producer and retailer in the United States.

The Company is in the process of establishing a vertical framework that will extend from cultivation to extraction and production to a strategic retail footprint that includes multiple locations in Las Vegas and New York featuring mall kiosks, vending machines, e-commerce, and full store locations serving both the human and pet CBD markets. Two mall leases have been signed recently in Las Vegas, with another vending machine location secured in New York City.

The Company plans to expand its New York vending machine penetration by the end of 2019. In addition, the Company has begun early-stage work to establish a state-of-the-art CBD extraction and production facility in Eugene, OR.

In the past, the company has defined itself in terms of laundry detergents, household cleansers, fabric softeners, dryer sheets, dishwashing detergents, and other cleaning products under its own and private label in retail chains with an environmentally “green” message.

It also has provided “Litter To Go”, a disposable cat litter box made from corrugated material that contains ready-to-use litter; and “What Odor?”, a biodegradable and non-toxic odor-eliminating spray, as well as other pet supplies, including treats and toys, stylish feeders, and odor/stain-eliminating solutions.

However, at this point, the company would appear to be very committed to the path of an integrated CBD producer and retailer, which seems like a far more potent growth opportunity.

Find out when $FTEG reaches critical levels. Subscribe to OracleDispatch.com Right Now by entering your Email in the box below.

As noted above, FTEG just put forth a letter to shareholders that was quite revealing as far as the company’s plans looking forward.

Recent action has seen 250% added to share values of the name over the past week of action. Furthermore, the company has registered increased average transaction volume recently, with the past month seeing just under 500% above its longer-run average levels.

The CEO went on to note: “As our recent press releases demonstrate, we have already begun to carve out our retail footprint by establishing a variety of transaction points with the end market consumer, including mall stores, mall kiosks, vending machines, and e-commerce storefronts, with physical locations in both Las Vegas and New York City, where our research suggests there is already a high ratio of knowledgeable consumers interested in CBD products. On the other side of the equation, we also plan to put in place our own production process, which is an essential piece of the puzzle for an integrated go-to-market CBD model. Expect many related details to be released over the coming period.”

At this time, carrying a capital value in the market of $3.95M, FTEG has a bankroll ($137K) of cash on the books, which must be weighed relative to about $2.1M in total current liabilities. FTEG is pulling in trailing 12-month revenues of $2.5M. However, the company is seeing declines on the top-line on a quarterly y/y basis. As more color becomes clear on the name, we will review the situation and update our take. Sign-up for continuing coverage on shares of $FTEG stock, as well as other hot stock picks, get our free newsletter today and get our next breakout pick!

Disclosure: we hold no position in $FTEG, either long or short, and we have not been compensated for this article.