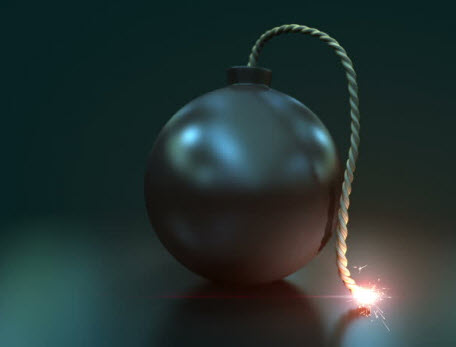 The “kaboom” trade so far this week on the OTC appears to be in shares of Puration Inc (OTCMKTS:PURA). We aren’t certain why the stock took off like a rocket on Tuesday, but we do know that this one has seen similar moves in the past and has strong ties with the booming CBD space. To further flesh out the story, the company just announced that its EVERx CBD Sports Water will be featured next month in Europe at an industry trade show by the company’s first distribution partner in Europe.

Puration Inc (OTCMKTS:PURA) bills itself as a company that engages in the design, development, production, marketing, and distribution of personal or individual water purification products.

Puration Inc. sells its products under the Filter 2GO brand. The company was founded in 2011 and is headquartered in Dallas, Texas.

Company materials note that Puration, Inc. is a leading Texas-based, CBD-infused beverage provider. The Company’s flagship product, EVERx, which was introduced in 2017, targets the sports nutrition market. Puration plans to introduce new beverages as well as grow it product portfolio organically as well as through targeted acquisitions. As of October 2018, the Company was set to spin off its cannabis cultivation segment to focus its efforts exclusively on its high-growth core CBD-infused beverage business.

Find out when $PURA reaches critical levels. Subscribe to OracleDispatch.com Right Now by entering your Email in the box below.

As noted above, PURA just announced that its EVERx CBD Sports Water will be featured next month in Europe at an industry trade show by the company’s first distribution partner in Europe.

“Our EVERx sales are exploding,” said Brian Shibley, CEO of PURA. “We are signing new distributors in new regions across the United States and we now have our first distributor in Europe.  Stay tuned for an upcoming announcement about our participation in an annual event that is near and dear to our hearts here at PURA.  We will soon be announcing our third year at this event with our biggest role yet at this huge event.”

Currently trading at a market capitalization of $63.83M, PURA has a chunk ($177K) of cash on the books, which compares with about $929K in total current liabilities. PURA is pulling in trailing 12-month revenues of $987K. In addition, the company is seeing major top-line growth, with y/y quarterly revenues growing at 261.1%. As more color becomes clear on the name, we will review the situation and update our take. Sign-up for continuing coverage on shares of $PURA stock, as well as other hot stock picks, get our free newsletter today and get our next breakout pick!