The Big Splash on the Koios Beverage Corp (OTCMKTS:KBEVF) Chart 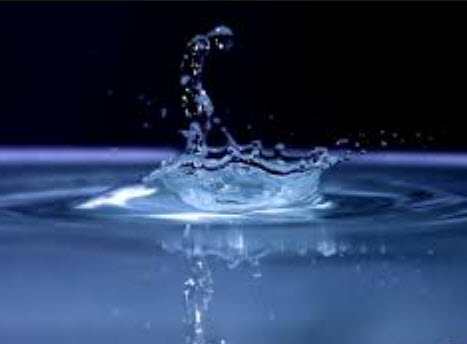 NanoVibronix Inc. (NASDAQ:NAOV) Stock is Soaring, Here is Why

NanoVibronix Inc. (NAOV) shares are trading at higher $0.76 and the avg recommendation for the stock is Moderate Buy. To add more color to...
Read more
Wall Street Daily

BlackBerry Limited (BB) shares are trading at higher $6.15 and the avg recommendation for the stock is Hold, while the current analyst price target...
Read more
Wall Street Daily

Qurate Retail Inc. (QRTEA) shares are trading at higher $11.03 and the avg recommendation for the stock is Moderate Buy, while the current analyst...
Read more
Wall Street Daily

Shift Technologies Inc. (SFT) shares are trading at higher $9.21 and the avg recommendation for the stock is Moderate Buy, while the current analyst...
Read more

If you’re looking for the latest explosion higher on the OTC, then look no further than Koios Beverage Corp (OTCMKTS:KBEVF). Shares of the stock powered through numerous key resistance levels, eventually settling Wednesday’s action in the neighborhood of $0.71/share. What drove the move? Simple: The company just announced it has signed a vendor agreement with Walmart Inc, the world’s largest retailer.

According to the release, “Walmart Inc. (NYSE: WMT) (“Walmart”) is a multinational retail giant that operates a chain of hypermarkets, discount department stores, and grocery stores across the globe. Walmart has more than 11,200 stores operating under 55 banners in 27 countries around the world. It has eCommerce websites in 10 countries. Each week, nearly 265 million customers and members shop at Walmart.”

Koios Beverage Corp (OTCMKTS:KBEVF) trumpets itself as a company that develops, manufactures, markets, and distributes nutritional supplements and organic beverages in the United States. It also provides cannabis-infused beverages.

As of May 31, 2018, the company had a distribution network of approximately 2,000 retail locations in the United States. It also distributes its products through its Website, as well as through other Websites. The company was formerly known as Super Nova Petroleum Corp. and changed its name to Koios Beverage Corp. in April 2018.

The company was founded in 2012 and is based in Vancouver, Canada.

According to company materials, “The Company is an emerging functional beverage company which has an available distribution network of more than 5,000 retail locations across the United States in which to sell its products. Koios has relationships with some of the largest and most reputable distributors in the United States, including Europa Sports, Muscle Foods USA, KeHE, and Wishing-U-Well. Koios is also the sole owner of Cannavated Beverage Corp., a subsidiary that develops beverage products and formulas for the growing CBD market. Koios uses a proprietary blend of nootropics and natural organic compounds to enhance human productivity without using harmful chemicals or stimulants. Koios products have been shown to enhance focus, concentration, mental capacity, memory retention, cognitive function, alertness, brain capacity and create all day mental clarity. Its ingredients are specifically designed to target brain function by increasing blood flow, oxygen levels and neural connections in the brain. Koios produces one of the only drinks in the world infused with MCT oil. MCT oil is derived from coconuts and has been shown to help the body burn fat more effectively, create lasting energy from a natural food source, produce ketones in the brain, allowing for greater brain function and clarity, support healthy hormone production and improve immunity.”

Find out when $KBEVF reaches critical levels. Subscribe to OracleDispatch.com Right Now by entering your Email in the box below.

As noted above, KBEVF just announced it has signed a vendor agreement with Walmart Inc, the world’s largest retailer.

We’ve witnessed better than 220% piled on for shareholders of the company during the trailing week. What’s more, the name has seen interest climb, with an increase in recent trading volume of 870% above the average volume levels in play in this stock over the longer term.

“Working with the world’s largest retailer is an honor,” said Koios CEO Chris Miller. “Walmart has begun carving out significant shelf space in select locations to build the next generation of better-for-you brands, and we are truly excited to be one of them. Making the world a healthier place is our mission and our relationship with Walmart will be a tremendous catalyst for reaching a mass audience for our brand.”

Earning a current market cap value of $42.61M, KBEVF has no real obvious way to check its underlying financial information on any of the web resources that we generally check. This, in itself, is not necessarily a problem, but it also is hardly reassuring. So, caveat emptor. You can bet we will update this one again as new information comes into view. Sign-up for continuing coverage on shares of $KBEVF stock, as well as other hot stock picks, get our free newsletter today and get our next breakout pick!

Disclosure: we hold no position in $KBEVF, either long or short, and we have not been compensated for this article.