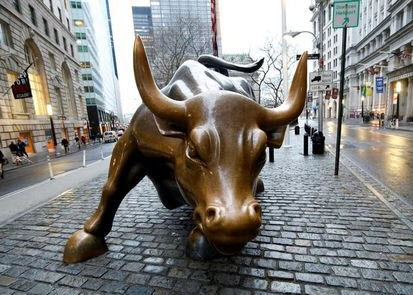 One of the strongest stocks in the cannabis patch over the past month has been Khiron Life Sciences Corp (OTCMKTS:KHRNF). Shares of the stock have powered higher by as much as 150% in that time, with volume steadily increasing as money flows into the stock. To further flesh out the story, the company just announced that it has closed today its previously announced  “bought deal” short form prospectus offering of common shares, including the exercise in full of the over-allotment option.

According to the release, “a total of 13,110,000 Common Shares were sold at a price of $2.20 per Common Share for aggregate gross proceeds of $28,842,000 (including the exercise in full of the over-allotment option). The Offering was completed by a syndicate of underwriters co-led by Canaccord Genuity Corp. and BMO Nesbitt Burns Inc., and including Cormark Securities Inc.”

The company was founded in 2017 and is headquartered in Toronto, Canada.

According to company materials, “Khiron Life Sciences Corp. is positioned to be a dominant integrated medical cannabis company in Latin America. The Company has core operations in Colombia and is fully licensed in the country for the cultivation, production, domestic distribution, and international export of both tetrahydrocannabinol (THC) and cannabidiol (CBD) medical cannabis. In May 2018, Khiron listed on the TSXV, becoming the first Colombian based medical cannabis company to trade on any exchange globally. With a focused regional strategy and patient oriented approach, the Company combines global scientific expertise, agricultural advantages, branded product market entrance experience and education to drive prescription and brand loyalty to address priority medical conditions such as chronic pain, epilepsy, depression and anxiety in the Latin American market of over 620 million people. The Company is led by Co-founder and Chief Executive Officer, Alvaro Torres, together with an experienced executive team, and a knowledgeable Board of Directors that includes former President of Mexico, Vicente Fox.”

Find out when $KHRNF reaches critical levels. Subscribe to OracleDispatch.com Right Now by entering your Email in the box below.

As noted above, KHRNF just announced that it has closed today its previously announced  “bought deal” short form prospectus offering of common shares, including the exercise in full of the over-allotment option.

The chart shows 14% tacked on to share pricing for the listing in the past month. Furthermore, the stock has benefitted from a jump in recent trading volume to the tune of exceeding 110% beyond what we have been seeing over the larger time frame.

According to the release, “The net proceeds of the offering are expected to be used by the company to fund, among others, facility expansion, equipment purchases, commercial and product expansion efforts, future acquisitions, and general and administrative and working capital purposes. The Offering is subject to TSX Venture Exchange final acceptance of requisite regulatory filings.”

At this time, carrying a capital value in the market of $214.69M, KHRNF has about $11.3M in cash on the books, which must be weighed relative to about $1.5M in total current liabilities. The company is pre-revenue at this point. As more color becomes clear on the name, we will review the situation and update our take. Sign-up for continuing coverage on shares of $KHRNF stock, as well as other hot stock picks, get our free newsletter today and get our next breakout pick!

Disclosure: we hold no position in $KHRNF, either long or short, and we have not been compensated for this article.