Is the Storm Finally Easing for Terra Tech Corp (OTCMKTS:TRTC)? 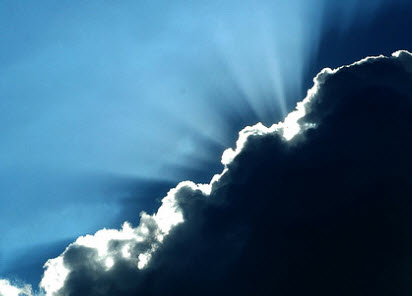 One stock that has been a huge underperformer in the cannabis patch over the past year but that has recently caught fire is Terra Tech Corp (OTCMKTS:TRTC). Shares have bolted higher by as much as 200% in the past month, but gave about half of that back in the past few days. To really add some color to the story, the company just announced its financial results for the year ended December 31, 2018, generating revenues of approximately $31.33 million, compared to approximately $35.80 million for the year ended December 31, 2017, a decrease of approximately $4.47 million.

“We faced several headwinds in 2018 that slowed our progress and impacted top line results,” commented Derek Peterson, Chief Executive Officer of Terra Tech. “These challenges included navigating the changing regulations in the State of California, which affected sales from our retail businesses in the state, Blüm Oakland and Blüm Santa Ana. Our capacity to generate wholesale revenues in California was also impacted by the regulations which required us to relocate and upgrade our IVXX™ cannabis production to a new facility, effectively halting production in some months.”

Recent action has seen 90% piled on for shareholders of the stock during the trailing month. What’s more, the name has benefitted from a jump in recent trading volume to the tune of a bit over 360% beyond what we have been seeing over the larger time frame.

“While these factors created challenges for us in 2018, they also drove us to make investments in cultivation and manufacturing infrastructure that will enable us to scale production and achieve greater IVXX™ distribution in California in 2019. The upgraded facility in Oakland, California is nearly complete and will support a ramp in production starting in Q2 2019. Other initiatives to drive revenue growth in the state include the anticipated launch of a branded delivery system in California, and our plans to establish a pop-up retail experience,” continued Mr. Peterson.

Now commanding a market cap of $109.65M, TRTC has a significant war chest ($3.4M) of cash on the books, which must be weighed relative to about $7.7M in total current liabilities. TRTC is pulling in trailing 12-month revenues of $35.4M. However, the company is seeing declines on the top-line on a quarterly y/y basis, with revenues falling at -30%. We will update the story again soon as further details emerge. Sign-up for continuing coverage on shares of $TRTC stock, as well as other hot stock picks, get our free newsletter today and get our next breakout pick!